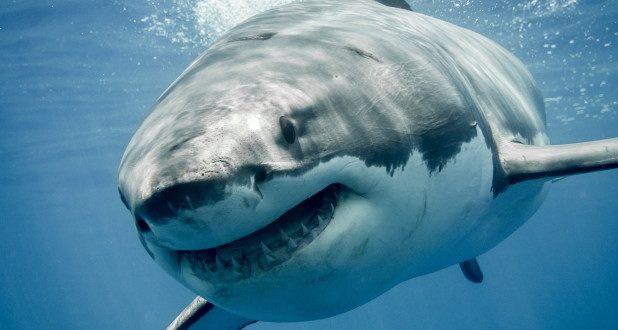 California coasts full of more great white sharks than ever

Winter is coming and just when you thought it was safe to go back into the water … researchers say there are more great white sharks lurking off the coast of California than ever before.

Chris Lowe, the director of the shark lab at California State University, Long Beach, has already tagged a record 38 sharks, triple the number that were tagged last year.

“Normally they’d be leaving by now, but instead we are seeing more sharks than ever,” Lowe told the Guardian.

Lowe found that there are a record number of baby and juvenile sharks who stick around longer than usual — normally this time of year the sharks will migrate to Baja, California, but this year they haven’t — likely due to climate change. “We may have white sharks here year-round,” Lowe told the paper.

In Monterey Bay, David Ebert, who directs the Pacific Shark Research Center at Moss Landing Marine Laboratories, says he has also seen a similar rise in sharks off the coast.

However, Ebert says this is no cause for concern.

“There are so many people in the water: you have paddleboards, kayaks, wetsuits, but the number of attacks hasn’t really changed. That tells you that people are not on the menu, they’re not out here hunting people.”

Lowe agreed, telling the Guardian, “They are keeping the stingray population down, and they generally don’t care about people.”

Previous Top 4 museums in Hong Kong for art and culture lovers
Next UK: Alton Towers reopens their gardens this weekend – but you have to book ahead