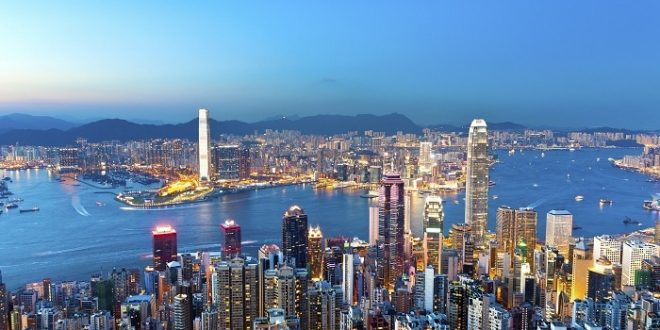 Hong Kong, which promotes itself as “Asia’s world city,” may finally live up to that billing once more, after it scaled back one of the world’s only remaining Covid-19 quarantines.

Hong Kong has announced on Monday that, as of Friday, incoming travelers will only need to serve three days of cooped-up quarantine in a hotel, followed by four days of self-monitoring and daily RAT tests at home.

The reduction in quarantine time, in an expensive hotel that travelers must pay themselves, comes as Hong Kong introduces a color code system on its phone app. Those in quarantine will have a yellow code on their app, barring them from entry to higher-risk venues and from participating in activities without a mask.

Hong Kong has gradually reduced its quarantine from 21 days to 14 and then seven. But this latest cut to three days of enforced hotel stay once more makes it attractive to embark non-essential travel such as a week of vacation abroad.

It comes at an extremely opportune time for me. I happen to be in Britain for my first trip out of Hong Kong in 2-1/2 years. It’s time for my family of four to visit my parents, who are both in their 80s. My kids (now 16 and 13) were little kids when they last saw their grandparents and are now well and truly adolescents.

We booked this trip this spring, when Hong Kong cut quarantine to one week. But even then, it adds close to US$3,000 to the cost of a trip to pay for two rooms in a pricey Hong Kong hotel for a week. Fortunately, our bookings should automatically translate to the shorter stay, with the pre-booked hotel issuing us a refund.

Hong Kong stocks have yet to respond. The Hang Seng Index fell 0.8% on Monday, and is down 23.4% in the last year. Hong Kong announced last week that its economy shrank 1.4% in Q2, worse than the 0.6% drop forecast by economists. The city is in full recession, after a 3.9% drop in GDP in Q1.

Hong Kong has been used as a base for businesses to serve the rest of Asia since its emergence as a British colony in 1841. But banks, luxury-goods retailers, commodities trading houses and all manner of companies sourcing manufacturing and components elsewhere in the region have relocated executives and even moved entire teams to places such as Singapore, which was the first jurisdiction around the world to announce that it would “live with Covid.”

Hong Kong, meanwhile, has been trying in vain to keep mainland China happy. The border with mainland China has still not properly reopened even after two years of appeasing Beijing. Mainland China is fighting a futile battle to get to “zero Covid,” which works temporarily due to harsh city and district lockdowns. But the strategy will never work long-term if Covid is doing the rounds in other nations, if travelers are once again allowed to enter China.

We have had the sneaking suspicion that both the Chinese and Hong Kong authorities have been quite glad to keep their borders closed. China quite literally wouldn’t let non-residents in. But the quarantine served as Hong Kong’s de facto barrier on visitors and citizens leaving for travel. They’ve had to leave for good.

Covid-19 is now well and truly entrenched in Hong Kong. So the frustration for citizens has been that the expensive hotel stay served no purpose. It is not keeping the virus out, unlike early in the outbreak, when Hong Kong kept case counts at very low levels through aggressive and effective contact tracing.

We are well past that point now. Hong Kong is currently recording more than 4,000 new Covid cases per day. Health authorities say that tally may rise above 8,000 in the days ahead, although many people do not report their positive test to avoid detention in quarantine camps, so the actual infection rate is likely considerably higher. Hong Kong has officially recorded 1.4 million Covid infections, and 9,540 deaths.

China continues to use snap lockdowns as a way to compensate for the fact that its Covid vaccines don’t work all that well. Even with the early variants of Covid, overseas tests of vaccine effectiveness showed that the Chinese versions were at best 50% or so effective, the cutoff for World Health Organization approval for a vaccine. The medicines may offer scant protection against new variants of the disease.

China could therefore experience a devastating wave of Covid infection should it rip through the entire 1.4 billion population. The health-care system is not strong outside major cities, so it could become overwhelmed in exactly the same manner that we saw health systems in the West struggle to cope. In the most dangerous situations, all intensive-care unit beds are full, and hospitals are forced to make difficult choices about which serious cases to treat because they have no capacity.

The Chinese authorities locked down the “Chinese Hawaii,” the city of Sanya that serves as the capital of Hainan island as an outbreak of the Omicron variant proceeds. Hainan province has now posted 828 cases, forcing authorities to respond with a lockdown on Saturday morning, with public transport frozen and passengers removed from planes idling on the tarmac. Tens of thousands of tourists are stuck in a location where all public venues are closed.

Chinese tourist travel fell 22% for the first half of the year, with travel spending down 28%. China fell 30 places in a Covid-19 Recovery Index compiled by the Nikkei. It is the first time that China, now ranked 32, has been outside the top-10 nations since the Japanese business newspaper launched the index in July 2021.

It is not only Covid that is driving people out of Hong Kong. Born-and-bred Hong Kongers are leaving in droves as they see the city’s civil society stripped bare of the rights to protest, of free speech, of free assembly, of the ability to criticize the Beijing administration.

There has been an exodus of Hong Kongers leaving the city following Beijing’s imposition in July 2020 of a detested National Security Law. That new legislation, imposed on Hong Kong without any input from Hong Kongers, has been used by the authorities to imprison any high-profile critics of the Chinese Communist Party, at least those who had not already fled the city.

Over the weekend, South China Morning Post columnist Cliff Buddle said he had left Hong Kong after 28 years. His motivation will “be familiar to many who have joined the ‘expat exodus,'” he explained.

On a positive note, the Hong Kong Sevens rugby tournament has been cleared to proceed for the first time in three years, with the event moved from its normal March timeframe to November 4-6. Teams will need to stay in a “closed-loop” system much like the Beijing Winter Olympics earlier this year.

The crowds will be the main question for the Sevens. It’s normally a boozy, raucous atmosphere, with the “South Stand” particularly notorious as the place to party, particularly if you’re dressed up in costume. Many expatriate executives time a convenient “work trip” to Hong Kong to coincide with the rugby.

It’s unclear what rules will operate for fans. The Hong Kong Rugby Union says it will announce ticketing plans later after consultation with the government, according to the prevailing Covid measures at the time. The last Hong Kong Sevens was held from April 5-7, 2019, with Fiji winning the event, before being cancelled in 2020 and 2021.