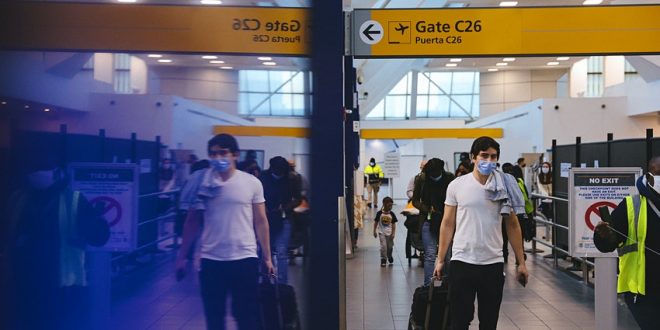 Beginning January 26, travelers arriving on an international flight will need to test negative, via PCR or Antigen test, no more than 72 hours before departing to the US. According to a press release from the CDC “if you plan to travel internationally, get tested before you travel by air into the United States (US), or be prepared to show proof of a recent positive viral test and a letter from your healthcare provider or a public health official stating that you were cleared to travel.”

This new presidential order applies to all air passengers traveling into the US, including US citizens and legal permanent residents. The CDC says that “airlines must confirm the negative test result for all passengers before they board. If a passenger chooses not to take a test, the airline must deny boarding to the passenger”.

The announcement comes a few weeks after the Centers for Disease Control and Prevention (CDC) introduced the same rule for UK arrivals only. That order was introduced after public health authorities in the UK announced the discovery of a new variant of COVID-19 that is believed to be up to 70% more transmissible than previously circulating variants. That variant is already present in the US.