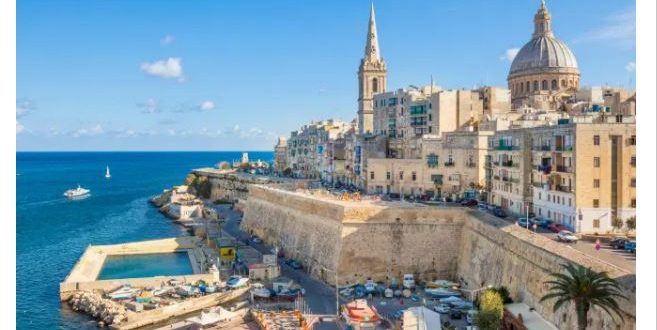 Malta is now open to Brit tourists – whether they’re vaccinated or not.

All travellers aged five and over from the UK just need to have a negative PCR test dated within 72 hours before arrival, which they must present at check-in and after landing.

Malta is currently on the UK’s amber list, meaning travellers have to take a negative Covid test before returning to the UK, then isolate for ten days after arrival and take a PCR test on day 2 in England.

But it is expected to be added to the green list on June 7 following a government review tomorrow.

Malta, which leads the European Union in coronavirus vaccinations, has reached its target of giving 70 percent of adults at least one dose.

The Mediterranean island, which has a population of around 500,000, declared it had reached “herd immunity” — although the EU’s definition for such a milestone is tougher.

After around 475,000 doses, around 42 percent of the population is fully vaccinated with both doses of either the Pfizer, Moderna, or AstraZeneca vaccine, or with a single dose of the Johnson & Johnson vaccine, officials said. 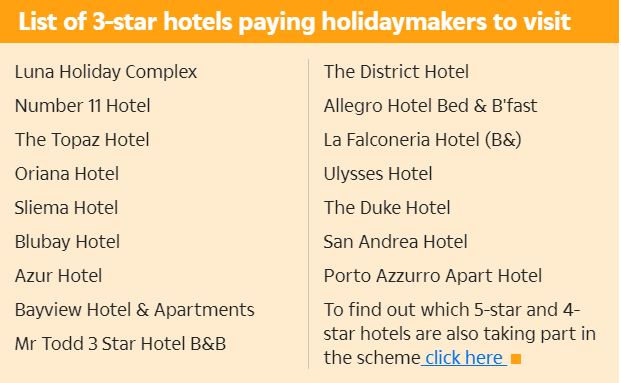 Travel to Malta, the Balearics and Greek islands could become quarantine-free if the government changes the list in a review due to take place on June 3.

Malta is offering to pay holidaymakers up to £173 each this summer to encourage tourists to return.

The tiny country is launching the new scheme, offering tourists up to €200 (£173) if they book at least two nights at a local hotel, the tourism minister has announced.

How much holidaymakers would get depends on the hotel – a five-star property would get you the full €200 while this goes down to €150 for a four-star hotel and €100 for a three-star hotel.

However, book a hotel on Gozo, an island in Malta and you get an extra 10 per cent.