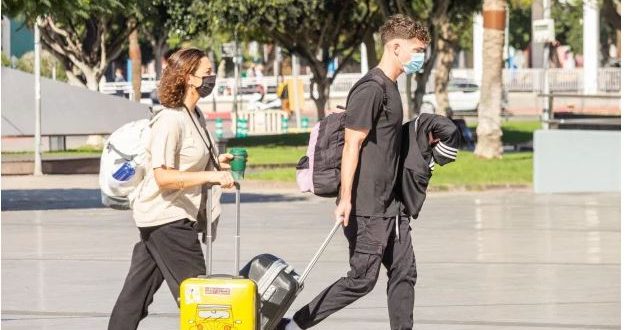 The country was among many to stop flights after the new strain was reported in December.

While some destinations closed their borders, others suspended flights to holidaymakers wanting to enter the country.

Spain initially banned non-essential travel into the country until January 9, before extending it to January 19 – this has since been extended to February 2.

With coronavirus cases continuing to rise in the UK, this date may be extended again.

The Spanish government said in a statement that they had extended it again due to “some uncertainties over the reach of the new strain”.

It added: “The epidemiological situation in the United Kingdom has progressively worsened.”

They also warned that there were increasing cases in Spain linked to the new strain.

Brits are not able to go on holiday at the moment anyway, due to the UK lockdown banning non-essential travel.

Spain has not closed their borders altogether with Spanish residents still able to return from the UK.

However, new travel restrictions require a negative coronavirus test on arrival to Spain, as well as one to enter the UK along with a mandatory quarantine.

Airlines and tour operators have also been forced to cancel flights and holidays.

Jet2 has cancelled all flights and package holidays until the end of March, while Ryanair are flying “limited, if any” flights until the restrictions are lifted.

EasyJet, TUI, Virgin and British Airways have also cancelled the majority of their schedules until at least next month.

Majorca has warned that holidays may not return until June due to the pandemic.