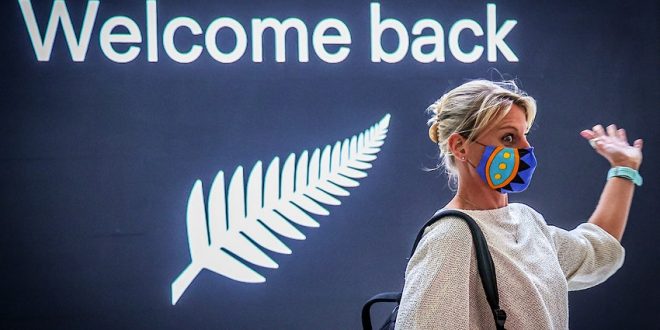 A date for the commencement of the trans-Tasman bubble is expected to be made on April 6, according to New Zealand’s prime minister, Jacinda Ardern, but it will depend on several criteria being met.

Australia has mostly eradicated COVID-19, save for sporadic cases – much like New Zealand. In advance of the travel bubble being implemented, Australia’s emergency biosecurity laws have been amended to allow anyone who has been in the country for at least 14 days to travel directly to New Zealand. At this stage, however, they will have to quarantine in a managed isolation hotel upon arrival.

The trans-Tasman travel bubble was first proposed last April, as both countries began to emerge from lockdown, to allow for non-essential travel between the two countries while borders remain closed to other countries. However, it was deferred when additional outbreaks occurred in Australia. It is not known yet if New Zealand will enter into individual arrangements with Australia’s six states, and there are logistical complexities to work through with airports.

See also  How to see the southern lights ?

There are other considerations too, including that New Zealanders who travel to Australia when the quarantine-free trans-Tasman bubble opens will not be covered by travel insurance policies if an outbreak in either country disrupts their travel plans. According to Ardern, the decision to launch the bubble will depend on several criteria being met, including processes being created for an outbreak in either country and for contact tracing across the borders. There will also need to be an up-to-date assessment on the risk from Director-General of Health, Dr Ashley Bloomfield.

Other countries considering similar measures will undoubtedly be watching the implementation of the trans-Tasman bubble with interest and following how it’s implemented.

Previous 日本東京「櫻吹雪」正浪漫 賞櫻景點湧入人潮
Next WHO need a visa to go to Sri Lanka?