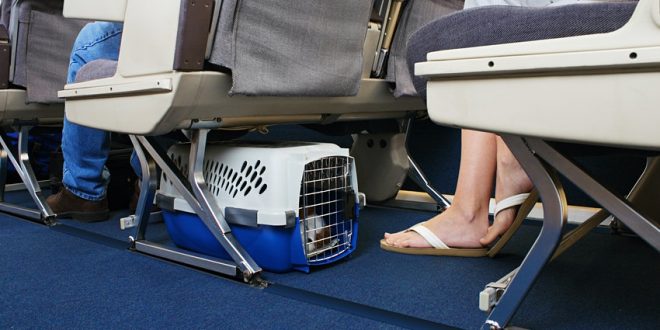 These US airlines are banning emotional support animals

Over the past decade there have been many weird and wonderful news headlines about passengers flying on planes with emotional support animals of all shapes and sizes. From peacocks and squirrels, to pigs, dogs and lizards, travelers were treated to strange experiences alongside a menagerie of creatures that owners had taken on board under the explanation that they put them at ease.

“This regulatory change is welcome news, as it will help us reduce disturbances onboard, while continuing to accommodate our guests traveling with qualified service animals,” said Ray Prentice, director of customer advocacy at Alaska Airlines. Under the revised policy, Alaska will accept a maximum of two service dogs per guest in the cabin, to include psychiatric service dogs. Guests will be required to complete a form and submit it via email, as well as prove that their dogs are trained, vaccinated and well-behaved.

American Airlines followed suit, stating that from February 1 they will initiate a policy change also. They did mention however that animals who might have previously traveled as emotional support animals and no longer qualify as service animals, may travel as carry-on pets or as cargo pets, as long as they meet the requirements.

“Our team is motivated by a purpose to care for people on life’s journey, and we believe these policy changes will improve our ability to do just that,” said Jessica Tyler, president of cargo and vice president of airport excellence for American. “We’re confident this approach will enable us to better serve our customers, particularly those with disabilities who travel with service animals, and better protect our team members at the airport and on the aircraft.”