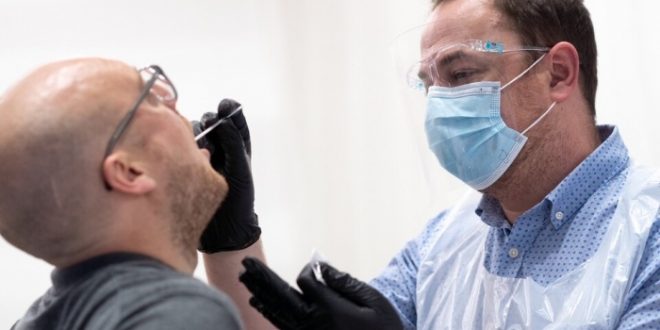 Travellers arriving in the UK from overseas could soon be required to prove they have had a negative Covid-19 test.

While the procedure has been commonplace in many destinations for months, British authorities have so far proved unwilling to follow suit.

However, the department for transport (DfT) said the measure was now one of several being considered to “prevent the spread of Covid-19 across the UK border”.

The news comes as new variants of Covid-19, some of which spread more easily, are causing particular concern.

“Additional measures, including testing before departure, will help keep the importation of new cases to an absolute minimum,” the department for transport added.

It is thought that haulage drivers coming through ports would be exempt.

However, the DfT said full details are still to be agreed and will be set out in “due course”.

Any such measure would be a devolved issue, so the DfT would need to agree a path forward with Scotland, Wales and Northern Ireland to make it UK-wide.

A spokesperson said: “With a new strain of the virus on the loose in South Africa and a more infectious variant already widespread in the UK we need to do more.”

The measures were being discussed as Boris Johnson imposed the third national lockdown in England earlier this week to prevent the NHS being overwhelmed.