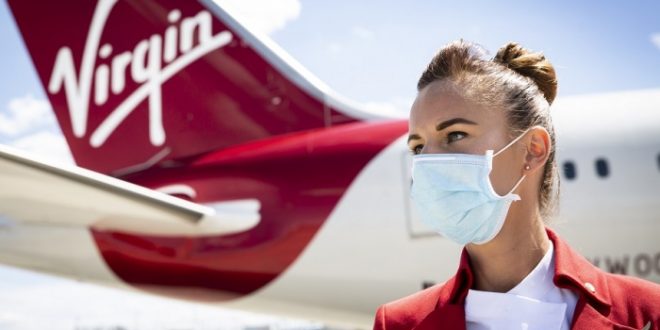 Virgin Atlantic customers flying to Barbados or onwards to Antigua and Grenada on selected flights will receive a free, rapid, point of care, pre-departure lateral flow antigen test at Heathrow.

Launching on December 9th, the move is part of an airline-led trial to gather vital data on the logistics and effectiveness of pre-departure testing.

Virgin Atlantic continues to lead the way with industry in calling for the introduction of a robust pre-departure regime, to swiftly and safely replace the new UK ‘test and release’ scheme commencing December 15th.

The trial initiative, six weeks in duration, will further demonstrate the deliverability of a pre-departure testing regime at scale, offering real-world data for these popular leisure routes as UK travel restrictions for non-essential travel ease as of December 3rd.

Industry-led trials at London Heathrow support the latest independent analysis by Oxera and Edge Health which shows that all forms of passenger testing would be more effective than the current 14-day quarantine.

Shai Weiss, chief executive of Virgin Atlantic, said: “The new UK test to release scheme is a vital first step in re-opening the skies, but we must now move rapidly towards a single test pre-departure regime in order to ensure the survival of UK aviation and protect 500,000 jobs reliant on the sector.

“Our Heathrow-Barbados testing trial, in close collaboration with partners including Collinson, London Heathrow and the Barbados ministry of tourism, will gather vital data on the efficacy of a pre-departure testing regime to safely replace quarantine.

“We hope that testing will also lead the way for US borders to open to UK travellers.”

The simple nasal and throat swab in Virgin Atlantic’s trial will be administered up to one hour 45 minutes before departure by a registered nurse at the pre-departure Collinson and Swissport Terminal 2 facility, taking no more than five minutes.

Customers will receive their digital and printed test result within less than 30 minutes, proceeding to security and boarding following confirmation of a negative result.

The customers included in the trial will be contacted by Virgin Atlantic in the coming days with information on the pre-departure test.

Previous Take a trip to an under-the-radar island on a new sightseeing train in Japan
Next Ireland Updates Its Travel Restrictions, Offers Test-To-Release Option