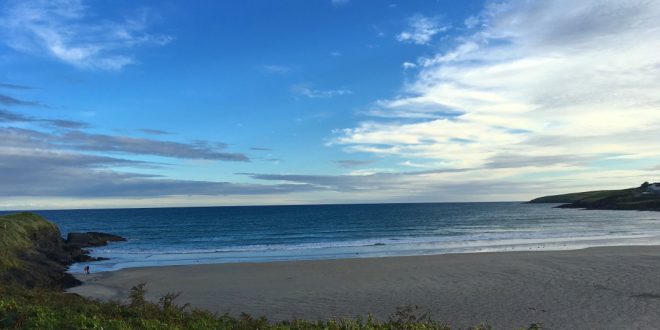 Which holiday destinations could get quarantine-free status?

HOLIDAYS will be able to go ahead this summer with a new traffic light system opening up countries without travel restrictions.

Under the Government scheme, countries will be classified as either green, amber, or red, depending on the rate of infections versus vaccinations in that destination.

Transport Secretary Grant Shapps has ditched the official advice not to plan foreign trips for the first time.

He confirmed that the countries on the green list would be revealed in “two or three weeks,” adding: “For the first time people can start to think about visiting loved ones abroad or perhaps a summer holiday.”

Since February, we have known that international travel would start no earlier than May 17.n The new system being discussed would use a three-colour guide to mandate what restrictions travellers would face depending on the risk.

The Caribbean and the UAE may make the cut for green list destinations.

“Amber” countries would require a negative Covid test before arrival in the UK, plus two further tests once in the country and a ten-day quarantine at home.

However, travel to ‘green list’ countries could still be blocked by the Foreign Office. Its advice may contradict the UK’s traffic light system, rendering some destinations off-limits – despite being ruled safe.

North America could make the list, but at present the nation is closed to the UK. The US could even make the green list with hopes for a UK-US travel corridor.

But the US increased the travel warning against Britain to the highest level.

President Biden’s vaccination programme has fully immunised 24% of the population using the Pfizer, Moderna and Johnson & Johnson jabs, although the use of the last of these is currently suspended.

And Mr Biden recently announced on April 21, 2021 that everyone over the age of 18 is now eligible to get a Covid-19 vaccine.

Australia is expected to be on the government green list, but they’re currently closed to most visitors outside a local bubble.

Their vaccine rollout started on February 22 – considerably later than the UK – and is estimated to have immunised just three per cent of the population with two doses. Both the Pfizer and AstraZeneca coronavirus jabs are being used.

What is unknown is whether Australia will be open for summer holidays even if it does make it onto the UK’s green list. Their border is currently closed for foreign travellers until June 17 at the earliest.

As with Australia, comparable Covid-19 infection rate data is currently unavailable due to low incidence, but the total number of deaths across the pandemic has been 26.

It;s vaccination rollout has been slow, however, compared to the other countries on this list – only the Pfizer jab has been approved by the regulator and one per cent of the population has been fully vaccinated.

New Zealand’s border is currently closed to international travellers, so summer holidays there may be off the cards anyway.

According to research by The PC Agency, countries which could be put on the lowest risk list include Malta and Portugal, both of which have kept cases low, while Malta is the leading EU destination for the vaccine.

Also in Europe, Gibraltar and Greece could also make the green list.

Spain and Italy may also be able to join from June if their jabs programmes progress well.