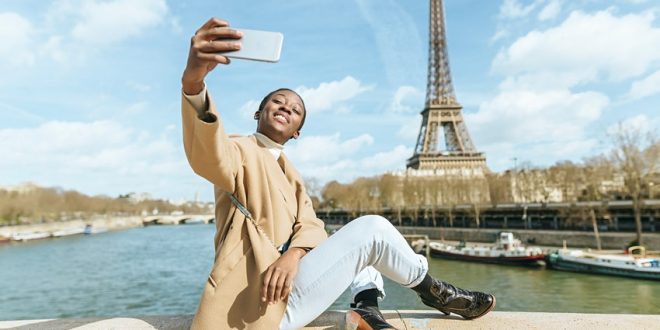 10 Things You Need To Know about the Eiffel Tower

It may be an icon of Paris, but the history of the Eiffel Tower is far from straightforward. It’s been called everything from ridiculous to record-breaking, and has been the home of secret apartments and tragic accidents.

These ten amazing facts about the Eiffel Tower will shed a little light on the icon’s secret history.

Contemporary critics initially described the design as “monstrous”, “useless”, “ridiculous” and a “hateful column of bolted sheet metal” and an official petition was launched to try and stop its construction. Some architects even thought it was physically impossible to build a structure of such a height.

2. It was originally designed as an entrance

Built for the 1889 World’s Fair, the tower was originally a monumental gateway like the Arc de Triomphe, as well as a showpiece for new revolutionary iron-lattice architecture. It has since found a place in Parisian hearts – as well as proving useful as a communication tower – and has so far lasted 111 years beyond its scheduled dismantling date.

3. It is painted different colors

The Eiffel Tower is painted in three different shades of brown, with the darkest shade on the top and the lightest on the bottom. The shading is meant to counteract atmospheric haze, and make the structure appear one uniform colour from top to bottom. In previous lives, the tower was once painted bright red and yellow.

4. It shrinks in winter

Cold weather causes the metal of the tower to shrink, while heat makes it expand. The difference in the height of Eiffel Tower can be up to 15 centimeters. And yes, the top of the Tower can sway in the wind too.

5. There’s a (not so) secret apartment at the top

Architect Gustave Eiffel had his own apartment at the top of the tower to conduct experiments and receive notable guests. However, it was not designed to sleep in as there was no bed. After being locked away for years, the office has been recreated and is now open to the public by tour.

6. Taking pictures of the tower at night is tricky

While the tower design is in the public domain, the lighting display is copyrighted, meaning it is illegal to commercially distribute any photographs of it. It is not illegal, however, to take them, as is often reported. French law remains a bit murky when it comes to publishing pictures on, say, your Instagram feed though.

7. It can be dangerous

The Eiffel Tower’s first floor has long been a magnet for daredevils. In 1912, Franz Reichelt jumped to his death from the platform while attempting to demonstrate a wearable parachute, while in 1926 Léon Collot tried to fly his plane beneath the first floor arch and crashed.

8. It has many copycats

The Eiffel Tower has spawned many replicas, including in Pakistan, Russia and the USA but the earliest building to take inspiration from the structure was the Blackpool Tower. It was built five years after its French cousin, after the town’s mayor demanded something similarly grand beside the Lancashire seaside.

Like the Great Pyramid of Giza, the Empire State Building and the Burj Khalifa, the Eiffel Tower once claimed the distinction of being the world’s tallest structure – only to be overtaken by the Chrysler Building in 1930. However, in 1957 it passed its old adversary in New York after radio masts were added, and is now 324m high. It’s also the world’s most visited paid-for tourist attraction – more than 300 million people have ascended its giddy heights since opening, or four times the population of France today.

In 2014, the tower emerged from a major refit to mark its 125th anniversary, the most impressive feature of which is a new glass platform on the first floor. Now visitors can tiptoe nervously while looking at the giant queues far below.

Previous 5 Things You Need To Know about the Notre Dame Cathedral restoration
Next 20 best free things to do in Paris, France