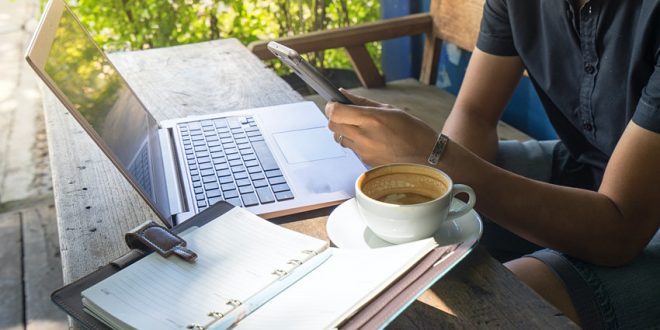 Digital nomads should make plans for payments and taxes before departure

As a location-independent freelancer, you’ll need to work out how you get paid and how to sort out your taxes before moving abroad. It can be overwhelming but this guide should help you get started.

No form of getting paid as a remote worker will be completely free; there are always charges. Deciding who will pay these fees and charges adds an extra layer of complication to fee negotiations with international clients. Most freelancers grudgingly swallow the bank charges to avoid alienating clients with complicated payment procedures, instead negotiating a fee that accounts for losing some of the lump sum in costs and charges.

Opening a local bank account may not be an option for non-resident nomads; it’s easier to have clients transfer payments via the SWIFT network, though you will pay charges for international transfers, and lose out on the exchange if your payment is in a different currency to your home bank account.

Bank accounts tend to be designated in a particular currency and operate in a particular jurisdiction, under a particular tax regime. Whenever money moves between banks, countries or currencies, there are fees to pay, and you’ll be hostage to the bank’s foreign exchange rates, which usually benefit the bank rather than the recipient.

On the face of things, Paypal seems like a perfect solution. Clients can pay in from anywhere, you don’t need to be based in any particular country, and you can transfer funds out digitally wherever you are in the world. However, Paypal payments incur a fee and this rises if the client account and your account are registered in different countries.

Paypal also uses its own internal foreign exchange rates every time money changes from one currency to another, eating a little more out of the transfer amount. Some nomads report being able to reduce fees using a Paypal Business account and invoicing using software that supports PayPal Business Payments, but this option isn’t available to everyone.

There are dozens of companies offering international wire transfers, and you can collect your money through a bank account, or in cash at one of their offices. However, they usually take a hefty cut, some of which may be hidden behind disadvantageous exchange rates.

Western Union and MoneyGram have offices worldwide, but for payments to bank accounts, you may lose less of your hard-earned money if clients send via an online-only wire transfer company such as Azimo or OFX.

Online transfer company TransferWise reduces some of the costs of transferring money by maintaining its own reserve bank accounts in different countries. When money is transferred, the inbound payment goes into one account, and the outbound payment is made from another account, so no money actually moves across borders. There are still fees but clients can make the transfer quickly online using a bank account or bank card, making this an easy and low-cost option for clients and freelancers.

We can’t say we recommend using something as volatile as BitCoin to receive your payments, but some nomads do. Notwithstanding the environmental issues (mining cryptocurrencies burns through huge amounts of energy) the value of currencies such as BitCoin, Litecoin and Ethereum/Ether can fluctuate widely, making this more like speculation than banking. If you are not already a cryptocurrency holder, there are easier and safer ways to get paid.

Death is one thing you can’t avoid, but things are more flexible when it comes to taxes, despite what people say. If you will be away from your home country for a large part of the year, you may be able to declare yourself non-resident for tax purposes, avoiding some of your tax obligations in your home country. The Worldwide Personal Tax and Immigration guide from Ernst & Young is a handy starting point for understanding the tax system in each country.

It’s important to know the difference between personal taxes (paid by individuals on earnings, in their resident country) and corporation taxes (paid by businesses on profits, after operating costs, in the country where the business is registered). It’s possible to pay personal tax in one country, under one set of rules, and corporation tax in another under different rules.

Some digital nomads avoid tax completely by becoming non-resident at home, and moving around to avoid being a resident of anywhere. This is a legal grey area, and you may not be comfortable dodging the taxes that pay for public services. But most nomads pay tax at home, or in countries where they’re temporarily resident – if only to avoid difficult questions from the tax officer if they eventually do return home.

To qualify as non-resident, most countries require you to be overseas for significant periods – from 183 days to 349 days in any given year (check your home country’s laws). Make the first move to notify the tax authorities, as making your status official will make it easier to reintegrate if you return home to work in future.

It’s ethically iffy, but some high earners sidestep tax by becoming legally resident in another country with a low-tax (or tax-free) regime. Some tax havens offer temporary residency for a fee; others have residency schemes where you’re not taxed on money earned outside the country. You’ll need an accountant with offshore expertise.

Setting up a company

As companies and employees are taxed separately, you can reduce your tax bill by setting up a company and paying yourself a salary (or dividend) through it. Your business will be liable for corporation tax, but only on profits after running costs. Your wage or dividends are liable for tax at personal (or dividend) rates, but earnings may be tax free if they fall below a certain threshold.

The alternative is to set up as a sole trader (self-employed). You’ll only pay tax on profits, and the business running costs are tax deductible, but company and personal finances are intertwined – you’re personally liable if your business falls into debt or goes bust. To set up a company, you’ll normally have to officially register its name and submit annual accounts. Under Estonia’s E-Residency scheme, non-residents can register a business, with an associated local bank account, and only pay corporate tax on profits that are distributed as dividends.

Paying taxes on the road

As a sole trader (ie a self-employed person) or employee of your own company, you’ll be liable for personal income tax in the country where you are legally resident. However, if you are not resident anywhere, you may not be liable for personal income tax anywhere. Even if you become legally resident in a particular country, you may be able to avoid paying tax on income earned outside the country if you stay for less than 183 days. However, the tax authorities in some countries are particularly successful at following citizens across borders. US residents, for example, are liable for some government taxes wherever they are in the world, for as long as they hold a US passport, subject to some complex exclusions.

How to keep your accounts as a digital nomad

Whatever your approach to taxation, you’ll need to keep track of your invoices, payments and costs. It’s the best way to stay on top of your incomings and outgoings and you’ll definitely need this information to file a tax return for your business. Hiring an accountant can take some of the pain out of the process. If you’re happy to cover the admin yourself, digital accounting packages such as Freshbooks, Harvest and Quickbooks are well set up for tracking costs and invoices, and you can back up scans of your receipts to a cloud-based archive such as Evernote so they’re ready to hand when you file your annual accounts.