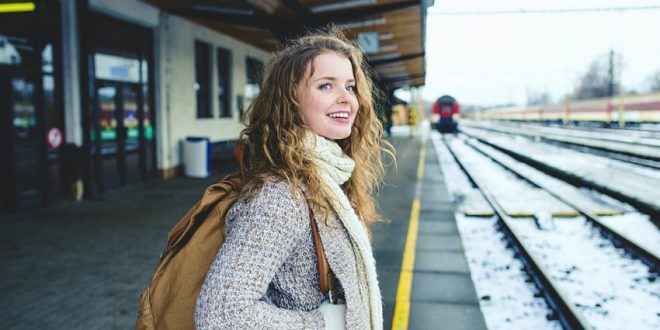 Coronavirus. Quarantine. Doomscrolling. Pandemic. According to the theory of linguistic relativity, the language one speaks influences how one thinks about reality. If this is true, it’s no wonder Americans are in the midst of a mental health crisis. The words and phrases that made Oxford Language’s annual Word of the Year list in 2020 paint a grim picture of life in the English-speaking world right now. The terms dominating recent headlines don’t bode well for our mental state, either.

There’s no need to rid these words from our vocabularies – we should actively engage with, understand, and use them. But if we are what we speak, we should also engage with words that engender joy. The question is whether or not our language is diverse enough to define the feelings we crave.

Since 2015, psychologist and lexicographer Tim Lomas has been collecting untranslatable foreign words related to well-being. In his book Happiness Found in Translation, Lomas argues that using these terms to “augment our vocabulary of happiness” might help us lead more fulfilling lives.

Here are four words from his list worth adding to your lexicon this year. If used with the same regularity as “pandemic,” they might make your “new normal” a whole lot happier.

See also  Where To Try Bouldering

In the past few years, Scandinavia’s trendiest exports have been kitschy words adopted by English speakers. Hygge made us cozy and content in 2016; päntsdrunk (a made-up word for drinking solo while wearing skivvies) gained popularity in 2018; fika (the Swedish word for a coffee date with friends) recently spawned a short-lived chain of eponymous NYC cafes. But unprecedented times call for heavy-duty definitions, and in 2021, the Finnish lessons of sisu (pronounced see-soo) provide the gravitas we all need.

TEDx speaker André Noël Chaker says it’s like “courage on steroids.” Psychology researcher Emilia Lahti calls it “determination and courage in the face of great adversity.” Etymologically, it comes from the Finnish word sisus, which refers to something “inside.” Guts, inner strength, willpower, and perseverance are all words English speakers have tried to use to make sense of the term, but as author Justyn Barnes will tell you, sisu “is a word that defies simple translation.”

In his book Sisu: Find Your Resilience the Finnish Way, Barnes writes, “with a constructive sisu mindset, problems are confronted courageously, challenges are reframed as opportunities for growth… and solutions are pursued with tenacity and creativity.”

It’s no wonder the World Happiness Report named Finland the happiest country in the world for the past three years – when the going gets tough, the Finnish get sisu. 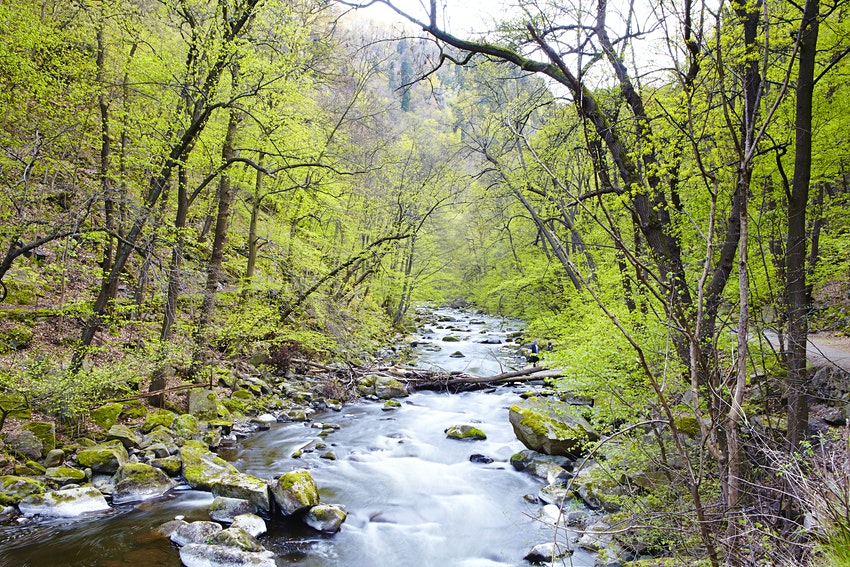 “Waldeinsamkeit means the comforting feeling of being in the forest alone,” says Jan Jericho, an NYC-based production designer in film and television who grew up near the Schönbuch forest in Tübingen, Germany. Wald translates to “forest” or “woods,” and einsamkeit means “loneliness,” though Jericho thinks “solitude” offers a better understanding of the term.

“Mindfulness is a word that I would also use in the description,” he adds, “because the einsamkeit, or solitude, comes with a complete awareness of the environment around you.”

The mythical connection between Germans and forests dates back to the Battle of Teutoburg in 9 CE, when Germanic tribes defeated Roman legions thanks to the protection of local woodlands. Forests became the foundation for Germany’s national identity, weaving their way into works of art created by 19th-century Romantics like folklorists Jacob and Wilhelm Grimm.

Today, roughly one-third of Germany is covered in forests, accounting for 11.4 hectares of land and ample space for outdoor recreation. The idea of Waldeinsamkeit (pronounced vahld-ahyn-zahm-kahyt) is “specific to German society,” Jericho notes.

But the lessons of Waldeinsamkeit aren’t only for Germans. A study from Japan found that hiking alone in forests can reduce stress by lowering blood pressure and cortisol levels. Scientists at Stanford found that a 90-minute walk in nature decreases depression. The Scandinavian Journal of Forest Research even published a paper stating that time in nature significantly improves cognitive function.

Of course, Germans don’t need lengthy dissertations to dissect the benefits of connecting with the forest — they covered it all in one word. 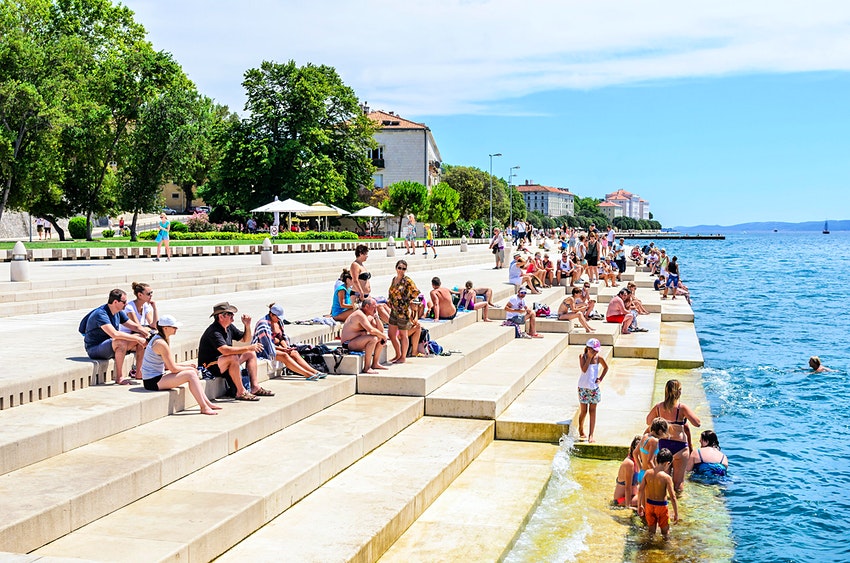 The World Health Organization defines “burn-out” as “a syndrome resulting from chronic workplace stress that has not been successfully managed,” and as the health crisis lingers on, that stress is only getting worse. A recent survey conducted by FlexJobs and Mental Health America found that 75% of responders have experienced burn-out at work, with 40% saying they’ve experienced burn-out since the pandemic began.

Maybe if we knew the Croatian word fjaka (pronounced fyah-kah), we’d be in better shape.

Fjaka is related to the Italian word fiacca (weariness) and is sometimes considered a synonym for laziness, but such simple definitions don’t do the term justice. Lomas defines fjaka as “relaxation of the body and mind; sleepiness, drowsiness,” and relates it to the Italian saying dolce far niente (the sweetness of doing nothing).

For Croats living along the Dalmatian Coast, fjaka is a meditative state, like something found through yogic precision. But unlike yoga, fjaka doesn’t require “doing” to get there. Fjaka is a destination in your mind. It’s a place to escape on sweltering summer days when even a dip in the Adriatic Sea won’t cool you down.

Croatians who honor fjaka intuitively understand that the antidote to America’s burn-out culture is taking a break. Good things don’t always come to those who hustle, but happiness comes to everyone who observes fjaka. 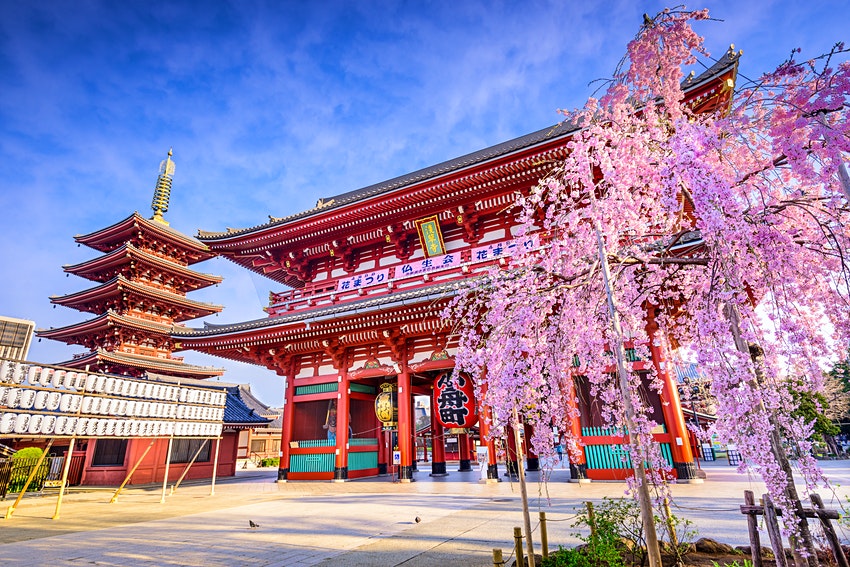 “There’s no universally accepted definition for wabi sabi (pronounced wah-bee sah-bee) in the Japanese language,” says Beth Kempton, a Japanologist and author of Wabi Sabi. There’s no English equivalent, either, which seems fitting for a compound word that celebrates what Beth calls “the impermanent, imperfect, and incomplete nature of everything.”

“Wabi is a mindset that appreciates humility, simplicity, and frugality as routes to tranquillity and contentment,” she explains. Sabi “is more concerned with… the way that all things grow and decay.” Together, wabi sabi communicates an unadulterated beauty “that emerges with the passage of time,” says Kempton. She stresses that wabi sabi is not an adjective to describe an object but a feeling inspired by the natural wonders of our imperfect world.

You might feel wabi sabi while watching cherry blossoms fall to the ground or when admiring a well-worn carpet in your family’s home.

“For a taxi-driving saxophonist I met, it is when he plays the blues,” says Kempton.

It’s about loving something because of its flaws, not in spite of them, and savoring a moment you know will pass. There’s a bittersweet sentiment baked into wabi sabi – a recognition that all things, both good and bad, will come to an end.

When the pandemic began, Kempton noticed the phrase “uncertain times” slip into the English vernacular, “as if times aren’t always uncertain,” she says. “I couldn’t help feeling it would be a whole lot better for our collective mental health if we took a moment to remember that everything is changing all the time.”

By honoring wabi sabi, English speakers can learn to accept nature’s unsteady rhythms, and in turn, slow down to uncover life’s simple joys before they pass by.