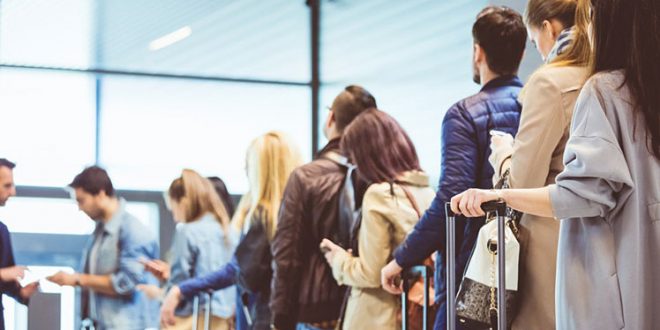 Online check-in is great, but a backup paper pass may help if things go wrong

The idea of printing and carrying a boarding pass seems a little ridiculous in the age of smartphones; if you have a printer at home at all. But even beyond Ryanair and its famously outlandish prices to print a boarding pass — it’s always good to either print a paper copy or plan to have the airport staff print one out. John Walton explains why.

Some of my friends look as me as if I’ve grown two heads when I say that I always travel with a paper boarding pass. But I do, and it’s saved me more times than I can count, whether that’s with a phone out of battery, an unhelpful airline staffer, new regulations or something else that’s gone wrong.

The thing is, online check-in is a great idea, and you should absolutely do that as soon as you can: not only will you get the best choice of seats, but getting yourself on the list of passengers who’ll be on the plane as early as possible puts you in a better position if the flight is overbooked, or if there are any other issues.

But while I’ll often send my boarding pass to my phone, I’ll almost always either hit print at the same time to get a paper version, or be sure I can get one at the airport.

And don’t be caught out: even if you can use mobile boarding passes on your outbound journey, sometimes they aren’t allowed on your return — and you wouldn’t believe how badly informed some airline websites are about that.

Think about where you’d print out a copy at your destination so you don’t have to hurriedly find an Internet connection, especially if you’re flying on one of those cheaper airlines. In some countries, you’ll also need to have your boarding pass stamped at an initial kerbside security check. That can get a little complicated if you only have a mobile boarding pass and haven’t printed your itinerary.

Relying on your phone can be a bad idea

We use our phones for so much these days that it feels like almost a no-brainer to add boarding passes to the list of their functions. But just thing: what’s your plan if you drop your phone and it breaks, or it goes on the fritz, or you run out of roaming data, or the battery dies?

Some phones also start updating apps when they connect to wi-fi; even slow airport wi-fi. That’s especially common after being away from wi-fi when travelling. The last thing you want is for the airline app you need to choke halfway through an update when you’re trying to show your mobile boarding pass.

More practically, a paper boarding pass is especially useful at those airports that want to scan your boarding pass as you approach security: it’s a faff if you’ve already packed your phone into your luggage or stowed it deep inside a pocket with a half-dozen other things ready to go into the machine.

It’s also handy so that you’re not that person trying to wrangle bags while also scanning their phone, which keeps rotating its screen and eventually turning off. Don’t be that person — or even worse, that group of people who are travelling together and try to hand over a stack of phones to the gate agent.

And also, fundamentally, the more you use your phone as you make your way through the airport, the more likely you are to end up losing it, dropping it — and no, that QR code probably won’t work if you crack the screen — or even catching the eye of someone who would rather like to lift it out of your pocket and take it with them.

Most flights go off without a hitch, but sometimes things can happen that make having a paper copy easier.

Perhaps your suitcase went missing: your boarding pass makes the process of the airline trying to find it again much easier, and the paper boarding pass is also a handy place to stick that bag tag, which is the other key part of the puzzle.

It’s also useful if you’re connecting in certain countries, especially if you’re changing airlines: many places require you to be able to prove that you’re not going to stay illegally, so you may need to hand over the printed boarding pass to verify and photocopy for their records. (Have you ever tried to photocopy a phone screen?).

The same goes if you end up needing to seek assistance if your journey has gone a bit awry. Having all your travel details on a piece of paper rather than a phone that will go dark — needing you to unlock it and pass it back over to the staffer several times while they try to fix your issue — is so much easier.

And in a more urgent situation, imagine that your airline’s systems go down and you’re in a massive queue to be helped, with your phone battery edging lower and lower — or that there’s some sort of security alert and airport security are cracking down about identifying legitimate travellers.

So hit print or get the airport to print one for you. You’ll be glad you did.