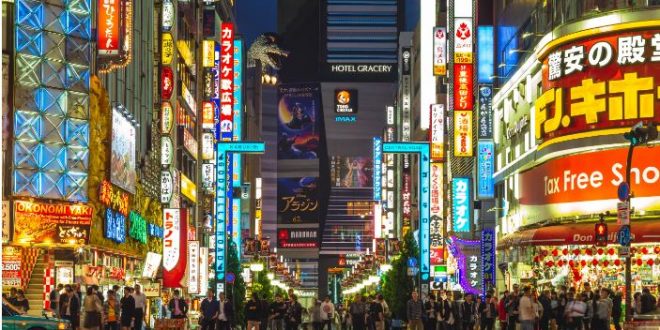 Welcome to Tokyo, where you can bed down among books, sleep in a fiberglass capsule or surrounded by original artwork; where robots complete the check in process and Godzilla looms large.

Sure, the city has plenty of ordinary hotels – but who comes to Tokyo for ordinary? Here are our picks for the most unique stays in Tokyo.

Book and Bed is best for bibliophiles on a budget

Hostels have long had small libraries – a bookshelf in the corner where guests could exchange their tattered paperbacks for new reads. Book and Bed asks the question: What if the library part were given equal prominence to the sleeping part?

The answer: cubby-like sleeping nooks fitted into plywood floor-to-ceiling bookshelves, filled with comic books, novels, travelogs, essay collections and more. This being Japan, the majority of the publications are in Japanese, but there is a selection of English reading material, including Japanese fiction in translation and books written in English about Japanese culture and history.

Book and Bed is also open during the afternoon as a lounge space (¥700/US$5.50 per hour) to visitors who aren’t staying over – great for a rainy day, or if you want to rest for a bit before heading back out to Shinjuku’s bars and restaurants. 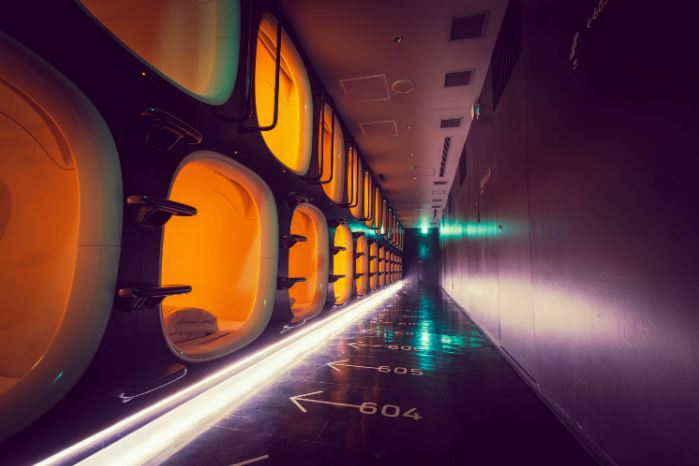 9 Hours is the best capsule-hotel experience

Capsule hotels offer a sleeping space the size of a single bed, with just enough headroom for you to sit up. It’s like a bunk bed with more privacy – there’s usually a curtain to seal off the entrance, in addition to plastic or fiberglass walls on three sides.

Capsule hotels became popular in Japan in the 1980s, during the height of the country’s work-hard-play-hard economic bubble, supposedly as a place for commuters to get a few hours of shut-eye before heading back to the office. While not for the claustrophobic, capsule hotels are definitely among the more unique accommodation options in Tokyo. They’re a neat experience as an alternative to a hostel, but they do have their own conventions, such as gender-segregated floors.

Traveler-friendly 9 Hours is our pick for first-time capsule-hotel guests, as all of the policies are explained in English. Also, the capsules are styled as futuristic space pods, and there are private shower booths instead of the usual communal baths. Our favorite branch is the one in Otemachi, because you can borrow running shoes for jogging around the Imperial Palace moat and get your morning coffee from nearby Glitch Coffee and Roasters.

See also  The best time to go to Kyoto, Japan

Reversible Destiny Lofts is the best apartment rental with a twist

This is a rare opportunity to sleep within one of Tokyo’s most eccentric architectural landmarks, the Reversible Destiny Lofts. Designed by husband and wife Arakawa Shūsaku (1936–2010) and Madeleine Gins (1941–2014) and completed in 2005, this housing complex has nine units with undulating floors, spherical dens and ceiling hooks for hammocks and swings. It’s all meant to create a sensory experience beyond the visual – though the building is plenty colorful – and maximum wonderment.

Two of the apartments are available for short-term rental. One sleeps two, and the other sleeps four; both have kitchens and washing machines. The rest are rented out to long-term tenants.

Ryokan (Japanese-style inns) offer a traditional experience, with tatami (woven-mat floor) rooms and futons (quilt-like mattresses) on the floor instead of beds. They can be modern structures, or rambling, old wooden buildings that look straight out of a ukiyo-e (woodblock) print; humble inns, or the height of luxury. Many travelers look to Kyoto or a hot-spring resort for their ryokan experience, but it can be had in Tokyo, too.

Ryokan are famous for their hospitality, and that’s where Ryokan Sawanoya really shines. This inn, run by the same family for three generations, has been welcoming international guests for decades and is beloved by travelers. In addition to the cozy rooms, there are traditional soaking tubs with garden views that can be used privately or by couples or families. It’s in Yanesen, which is one of Tokyo’s most attractive districts, with many wooden buildings from the early 20th century. 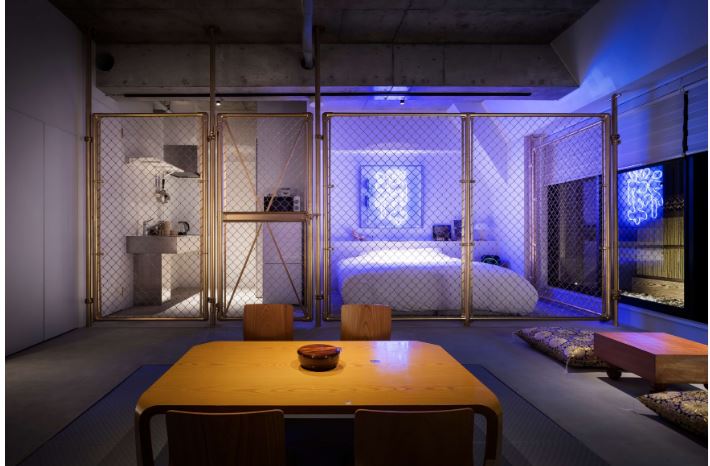 BnA Studio Akihabara is the best hotel for art lovers

BnA’s five rooms were designed by local artists and art collectives – and it’s not just paintings on the wall, though there’s that too. Each room has custom furniture and its own distinct vibe: there’s one that riffs on a traditional Japanese dry-landscape garden, while another references the graffiti-covered playgrounds of the artist’s childhood.

But what truly makes BnA Studio stand out is its fee structure: for every room booked, a percentage of the profit goes back to the artists themselves. The rooms sleep two to four and have kitchens. 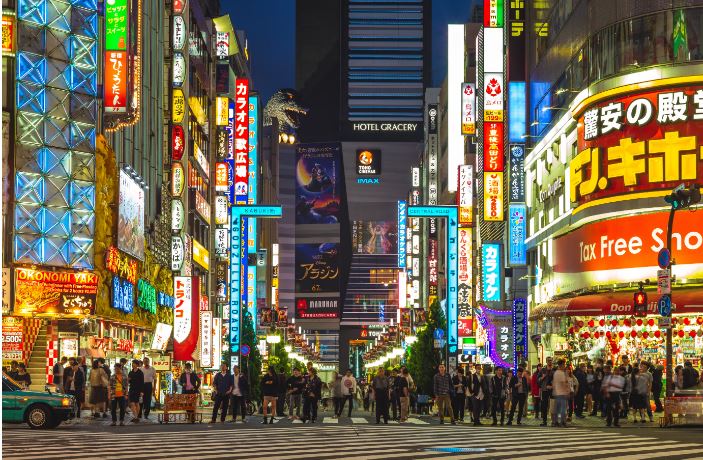 Hotel Gracery is the best hotel for film fans

Tokyo loves a themed hotel, and around the capital you can find rooms with décor inspired by popular characters, like Hello Kitty at the Keio Plaza Hotel and Gundam at the Grand Nikko Tokyo Daiba. But the Hotel Gracery takes the concept to another level, with a giant – maybe even life-size? – statue of Godzilla on the rooftop. In addition to looking like he’s about to take a bite out of the building, every so often he roars to life, with glowing eyes and smoky breath.

A portmanteau of the Japanese words for gorilla (gorira) and whale (kujira), Godzilla is, of course, the king of the kaijū (strange beasts) that ruled the country’s popular cinema for decades, and the Hotel Gracery occupies the top floors of the Shinjuku Toho Building, named for the production company that brought him to life. The rooms themselves are modest, except for one that’s kitted out in Godzilla paraphernalia and another with a direct view of the statue. Just one word of caution: the hotel is located in the (gentrifying) red-light district, Kabukicho. 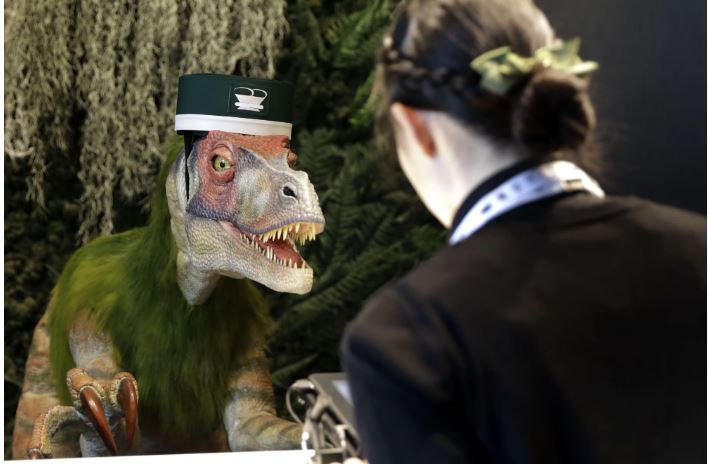 Henn na Hotel is the best hotel run by robots

Make that the only hotel run by robots. While other properties are experimenting with delivery robots, Japan’s Henn na Hotel chain is the first to employ them for every customer-facing function, from check-in to check-out. (Don’t worry, there are humans hanging around should any problems arise, though they probably won’t speak as many foreign languages as the robots do.)

The hotel made quite a media splash when it debuted a few years ago, and while the gimmick factor is high, the truth is more automation is likely coming to hotels in the near future. But how many of them will have a grouchy-looking T. rex heading up reception? There are now several branches around the city, but we pick the one in Maihama, where the dinosaur works.

Khaosan World is best for fans of kitsch

Love hotels – in Japanese, rabu hoteru, or rabuho for short – are designed for hookups. They tend to be clustered in nightlife districts (or off-highway exits) and have long had a reputation for over-the-top design. The reality, however, is that love hotels these days don’t look that different from ordinary hotels, and you can reserve them on popular booking sites.

Those that retain the kitschy splendor of old are often fairly tatty, so to experience a love hotel in spirit rather than function, look no further than Khaosan World, a hostel in a former love hotel. It’s cleaned up, but with much of the original décor intact, like the mirrored ceilings and glittering brocade wallpaper. Choose from a wide variety of rooms, including ones with tatami floors and capsule-style bunks. There are cooking and laundry facilities too.

For Middle East exploration that goes beyond the desert, jump in a kayak to see an entirely …