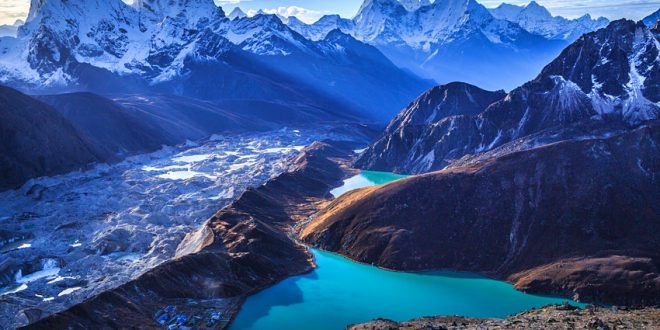 It Is Time to plan your dream trip to the Himalayas

For mountain lovers and the vertically inclined the Himalayas represent nothing less than the crowning apex of nature’s grandeur. Here dramatic forested gorges rise to skylines of snow-capped glaciated peaks through a landscape that ranges from high-altitude desert to dripping rhododendron forest.

Home to some 50 million people, this is no alpine wilderness, but rather a vibrant mosaic of peoples, cultures and communities, criss-crossed by ancient trading and pilgrimage routes that offer their own unique inspiration. Test your mettle against some of the world’s most audacious and dangerous roads, or set a more measured pace on a trek through yak pastures to prayer flag-strewn passes haunted by snow leopards and red pandas. Stretching in a 1550 mile-long arc (2500km) across Asia from Kashmir to Kathmandu, Lhasa to Ladakh, the Himalayan range is a big place. Focus your pilgrimage on one of these dream trips. 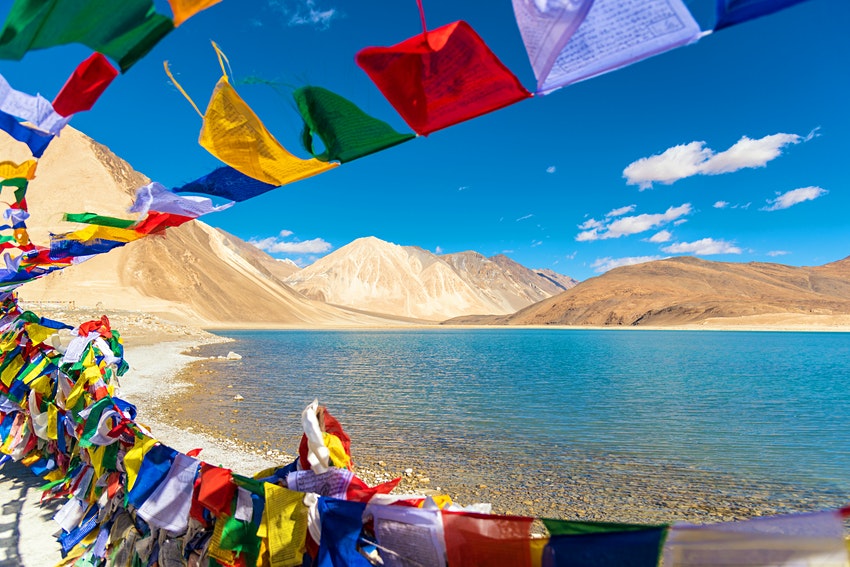 When to go: June to September.

Getting there: Daily flights from Delhi to Leh, or take the spectacular seasonal high roads over the Himalayas from Manali or Srinigar.

Suggested itinerary: Hire a jeep or an Enfield motorbike and drive out to ancient Hemis, Lamayuru and Thiksey monasteries, taking a side trip to the turquoise lake of Pangong Tso bordering Tibet; afterwards, do a five-day homestay trek through the Markha Valley.

Off the beaten track alternative: Spiti, in neighboring Himachal Pradesh, has the same dramatic mountain scenery and monasteries but without the crowds. Trek from village to village with a local organization and overnight at the incredible monasteries of Dhankar and Tabo. 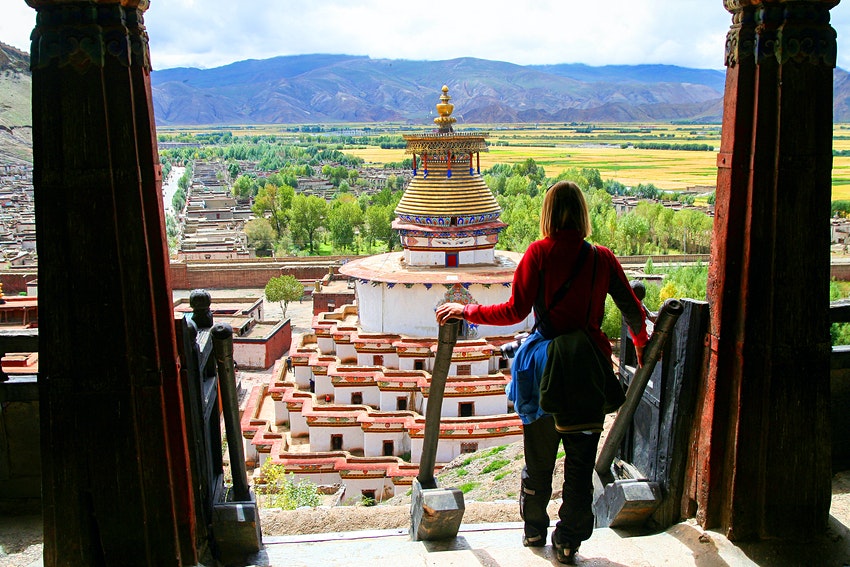 Tibet – roof of the world

The high Tibetan plateau is the rooftop of Asia, hidden from the Indian subcontinent behind the ramparts of the Great Himalaya. Despite Chinese-led modernization, Tibet‘s great monasteries still hum with murmured mantras and the flicker of yak butter lamps. Sublime landscapes, ranging from rolling grasslands to high-altitude turquoise lakes, a vibrant Buddhist culture and the friendly and resilient Tibetan people are the highlights here, as are the views of Everest’s North Face – miles better than anything you’ll see in Nepal.

When to go: Mid-May to September.

Getting there: Flights to Lhasa from Chengdu, Beijing and many other cities in China, or take the world’s highest train from China to Lhasa.

Suggested itinerary: Join a tour for the seven- to ten-day overland trip from Lhasa to Kathmandu, stopping at the incredible multistory stupa (structure containing Buddhist relics) at Gyantse and the spectacular medieval monastery at Sakya.

Off the beaten track alternative: Complete a rugged three-day trek around Asia’s most sacred peak, Mt Kailash, in remote Western Tibet, and then visit the incredible Kashmiri-influenced art of Tsaparang and the Guge Kingdom, hidden deep in the weirdly eroded desert gorges of the Sutlej Valley. Paved roads and an airport outside Ali make the two-week trip much less arduous than it used to be, though you still have to hire transport and a guide through an agency in Lhasa or Kathmandu. 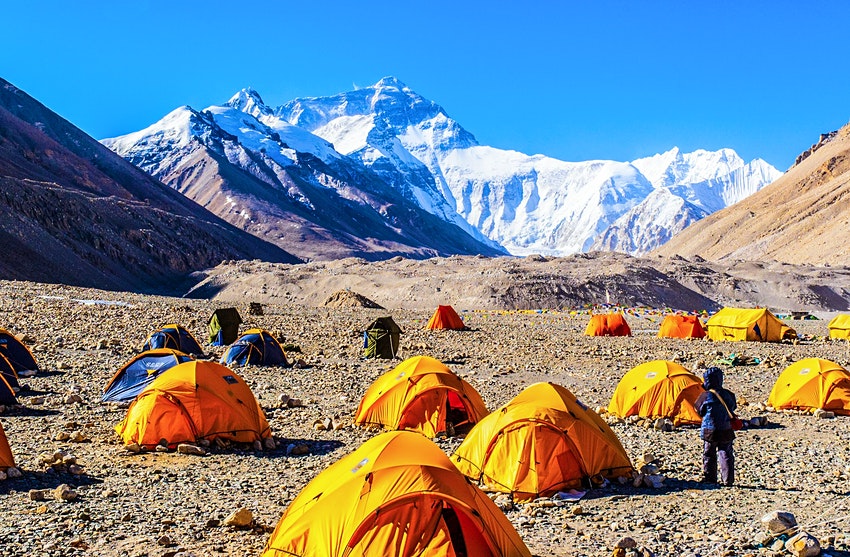 The best way to experience the mountains is on foot, and Himalayan treks just don’t get any more spectacular or convenient than in Nepal. Follow mountain paths past lines of spinning prayer wheels and charming stone Sherpa or Tamang villages to the foot of jaw-dropping 8000m peaks like Annapurna or Everest, safe in the knowledge that at the end of the day you’re guaranteed a cozy bed and hot dinner. Add on a visit to the medieval cities of the Kathmandu Valley, once a Himalayan artistic powerhouse.

READ  10 things every visitor must experience in Hong Kong

Getting there: Fly to Kathmandu and hop on a domestic flight to Lukla for the Everest region. Pokhara is the launch pad for treks in the Annapurna region.

Suggested itinerary: To trek to Everest Base Camp you need a minimum of 14 days, but we recommend adding on a four day side visit to the stunning mountain lakes of the Gokyo valley. Factor in ample time to acclimatize.

Off the beaten track alternative: The 17-day walk around Manaslu is possibly Nepal’s greatest teahouse trek (you stay in lodges along the way), or go camping expedition-style on an epic three-week trip to the Dolpo or Kanchenjunga regions. 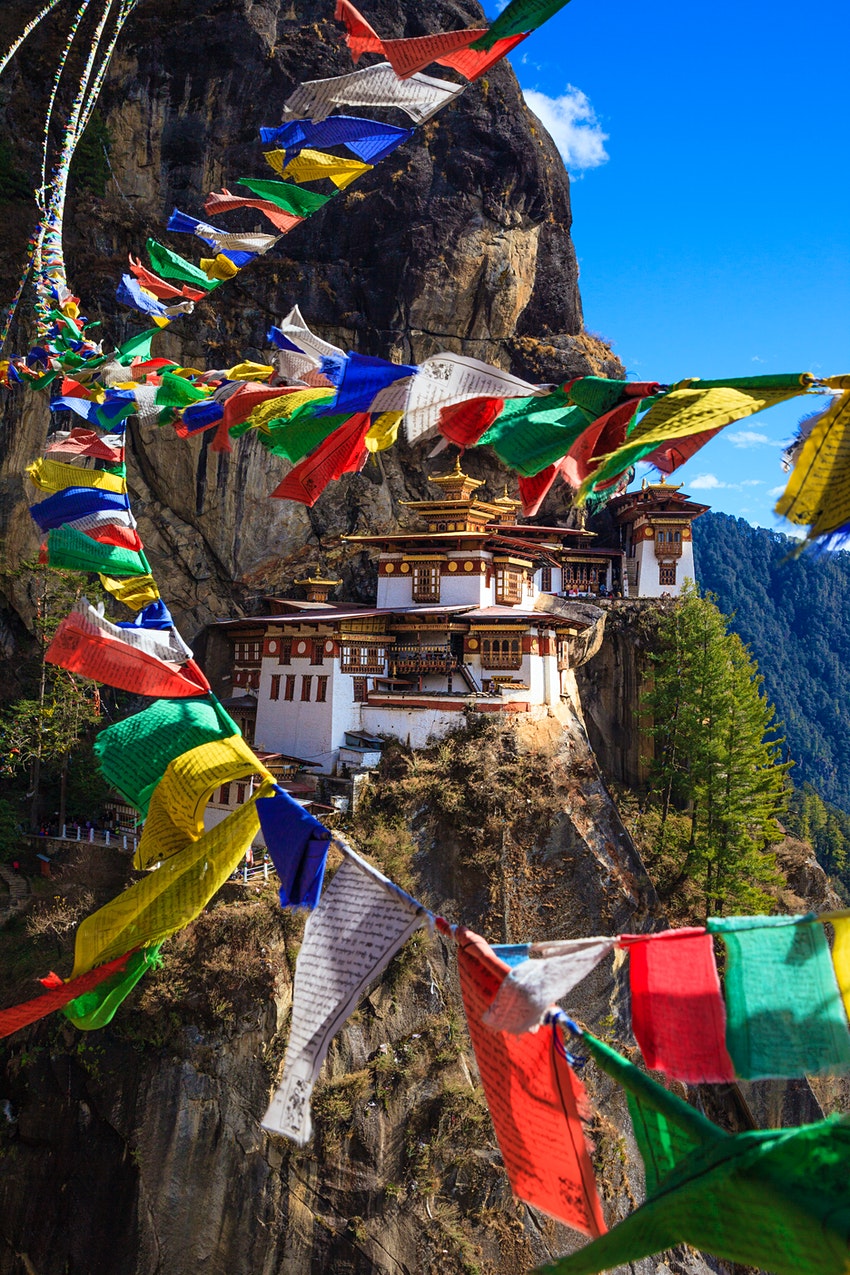 As the last surviving great Himalayan kingdom, Bhutan has an otherworldly air that seems rooted in another age. Traditional dress is the norm everywhere, old-growth forest carpets the majority of the countryside and remote Himalayan peoples like the Layaps and Brokpas live a life largely untouched by the modern age. Simply put, Bhutan is like nowhere on earth. The catch? The fixed minimum daily rate of US$250 per person is mandatory, although this does include transport, meals, guide and accommodation.

Getting there: Fly to Paro from Delhi or Bangkok, or drive overland from neighboring India.

Suggested itinerary: Explore the delightful Paro Valley and its iconic Tiger’s Nest Hermitage (Taktshang Goemba) before driving to the little-visited Haa Valley, the tiny capital of Thimphu and the sensual fortress-monastery of Punakha. Schedule your visit around one of Bhutan’s colorful tsechus (monastic festivals).

Off the beaten track alternative: The tiny Himalayan kingdom of Mustang in Nepal also comes with a hefty daily permit cost (US$500 per person), though you’ll get a chance to explore centuries-old Tibetan architecture and may even gain an audience with the king.