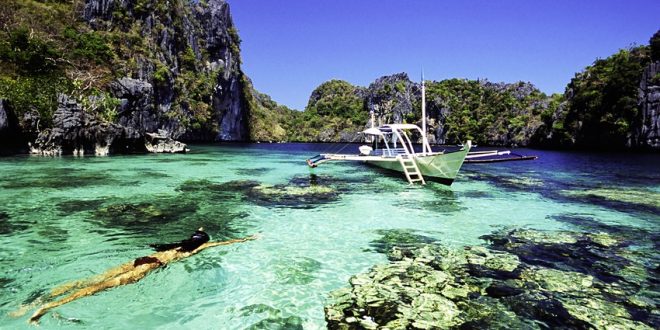 The best time to visit Philippines

With over 7000 islands spread over 300,000sq km, there’s never a bad time to grab a beach towel and head to the Philippines. The country is renowned for its strips of golden sand, and even during the height of the rainy season you’re still likely to find an island where the sun is shining. On top of this is a calendar chock-full of fiestas and events, offering a unique cultural highlight for visitors whichever month they visit.

Whether you’re looking for the best time to hit the beach, dance up a storm at a festival, or simply avoid the worst of the tourist crowds, here’s our guide to the best time to visit the Philippines. 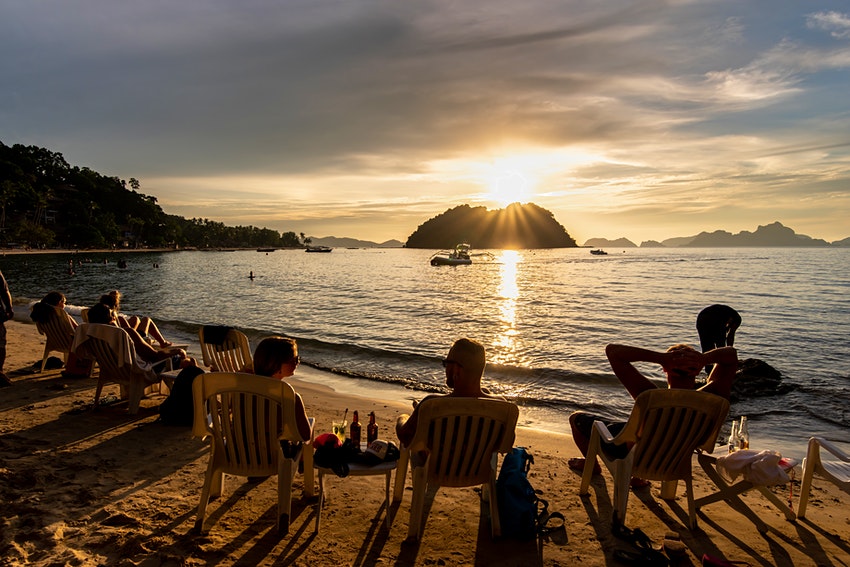 The high season is dry season for most of the country, with December, January and February the coolest, most pleasant months for travel, which brings crowds to popular beach areas like El Nido and Coron, and competition for hotel beds.

Celebrations around Christmas, New Year and, notably, Holy Week, in the build up to Easter, make it a colorful and fascinating time to visit the country, but many resorts triple rates around these popular periods. 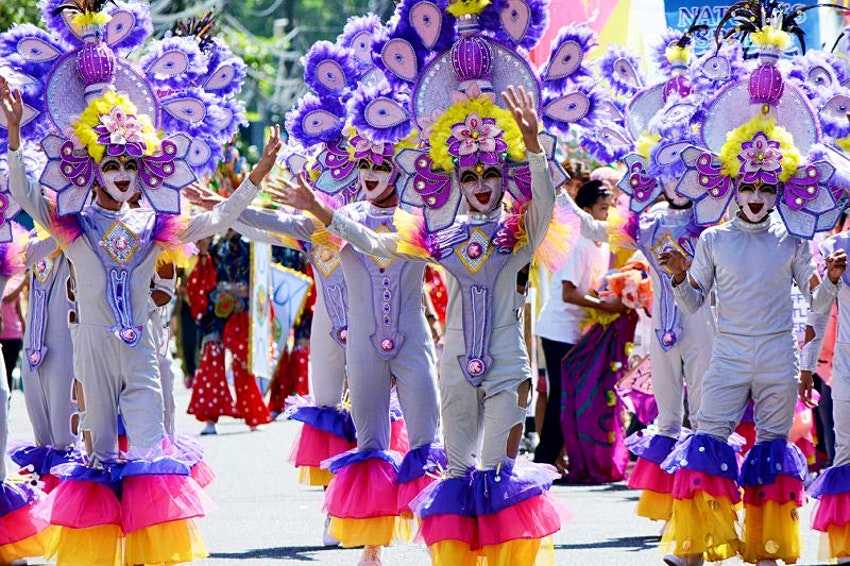 Shoulder season tends to be short and sweet in the Philippines, often just a month either side of the popular dry season and quieter rainy months. Accommodation savings are available if you time it right and tourist crowds are thinner; however, end-of-term school holidays in April and May bring high levels of domestic tourists during this period.

Exciting events like the month-long Magayon Festival in Legazpi in May, with nightly street markets, pop-up bars and live music, and MassKara Festival, which brings flamboyant outfits and frenzied dancing to Bacolod in late October, add extra incentive for a shoulder season trip. 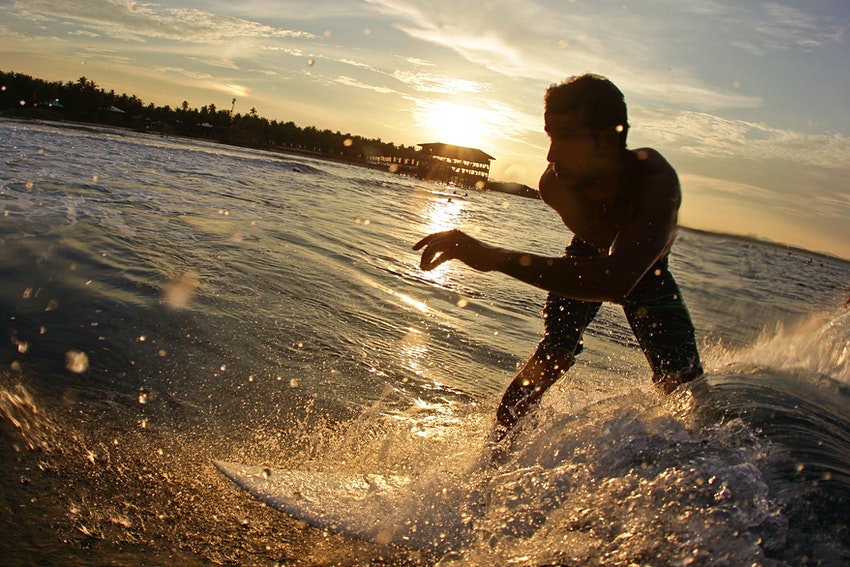 For the best chance of beach lounging weather, head to the Eastern Visayas, which are often dry when almost everywhere else is drenched – though this region is susceptible to tropical storms so keep an eye on the forecast.

New Year is a ‘superpeak’ period, and hotel rates can quadruple in resort areas. Away from the eastern seaboard, the weather is usually pretty good – relatively cool and dry, although rain can linger into January. It’s also party season: Ati-Atihan Festival, a week-long mardi gras in Kalibo on Panay, is one of the Philippines’ most famous and riotous festivals and peaks in the third week of January, while Sinulog Festival, the granddaddy of Cebu’s fiestas, brings dancing and processions on the third Sunday of the month.
Key events: Ati-Atihan Festival, Sinulog Festival

It’s peak season for foreign travellers, so book ahead. The Christmas winds continue to howl, thrilling kite-surfers, while surf season continues in San Fernando (La Union) and butanding (whale shark) activity picks up in Donsol. On-land, the Chinese lunar new year in late January or early February is celebrated with gusto even among non-Chinese Filipinos, with dragon dances, street parties and fireworks in Manila. Up in the northern mountains of Luzon (the largest island in the Philippines), a more serene celebration takes place as the Panagbenga Flower Festival sees spectacular flower-covered floats meander through the streets of Baguio.
Key events: Chinese New Year,  Panagbenga Flower Festival

Temperatures start to rise significantly in March, making city-sightseeing tough but beach-lounging ideal. Tourist numbers are not as high as January or February but things are still pretty busy. 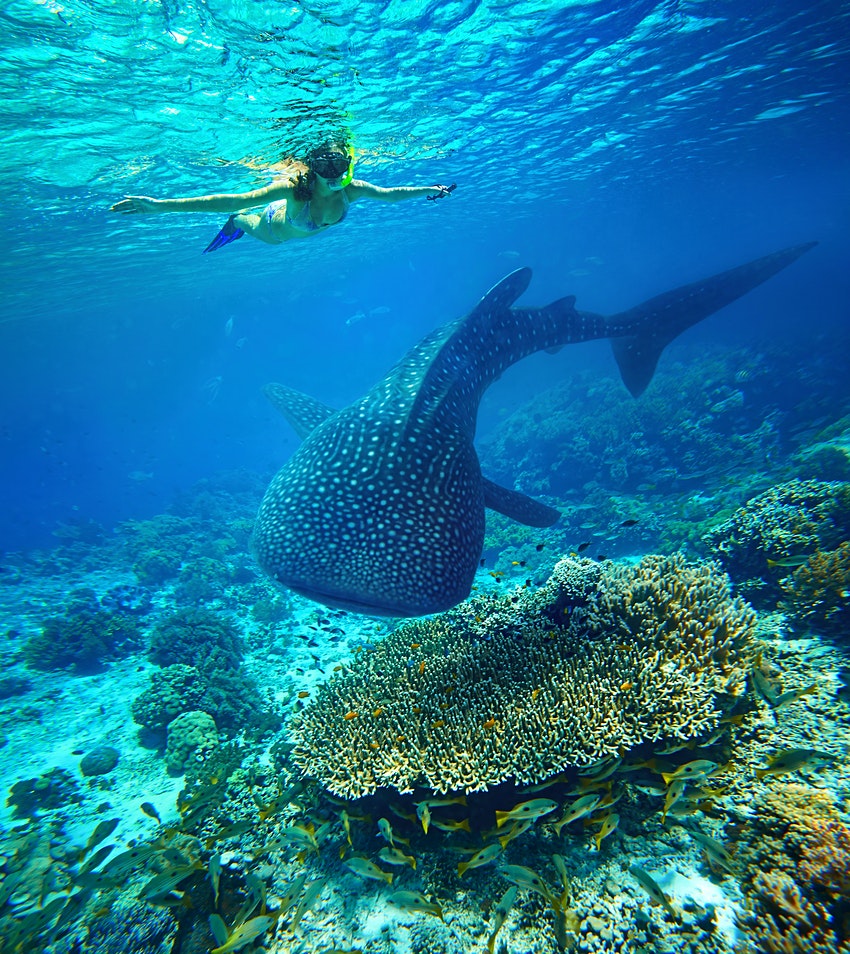 Everything shuts down during Holy Week, which leads up to Easter, when sinakulo (passion plays) and pasyon (a recitation of the Passion of Christ) are staged throughout the country. This is a fascinating time to be in the country, though resort prices again hit ‘superpeak’ levels, during what is the last month of the typical high season. For a less conventional Easter experience, head to the island of Siquijor, where faith healers and witch doctors gather around a big pot on Holy Saturday, preparing a medicinal concoction some say cures all that ails you.

Though shoulder season means a drop in price for accommodation, scorching heat, beaches packed with vacationing locals (April and May are school holidays in the Philippines) and light winds can make this an uncomfortable time to travel. Consider cooler highland destinations such as the Cordillera of North Luzon. Festivals include the traditional Flores de Mayo which sees girls around the country strewing flowers around images of the Virgin Mary, and the month-long Magayon Festival in Legazpi, Bicol region, with nightly street markets, pop-up bars, music stages, dance performances, chilli-eating contests and more.
Key events: Flores de Mayo, Magayon Festival

The onset of the wet season brings welcome respite from the heat. June also marks the start of typhoon season, so check the radar and reroute if there’s a big red blob heading your way. But it’s not all doom and gloom, Baragatan Festival sees residents of Puerto Princesa, Palawan, flood the grounds of the Provincial Capitol Building in a massive display of merrymaking, while Pintados-Kasadyaan in Tacloban celebrates pre-Spanish traditional tattooing practices, albeit using water-based paints for the festival’s body decorations. Tourist crowds and accommodation prices drop around the country.
Key events: Baragatan Festival, Pintados-Kasadyaan

Slap bang in the middle of low season with few large-scale festivals to speak of, July is not the most popular month to visit the country. Savvy travellers, however, make their way east to spots like Samar and Leyte, which remain dry when the rest of the country is getting drenched. Around the country, scenery is lush and green and crowds are thin. 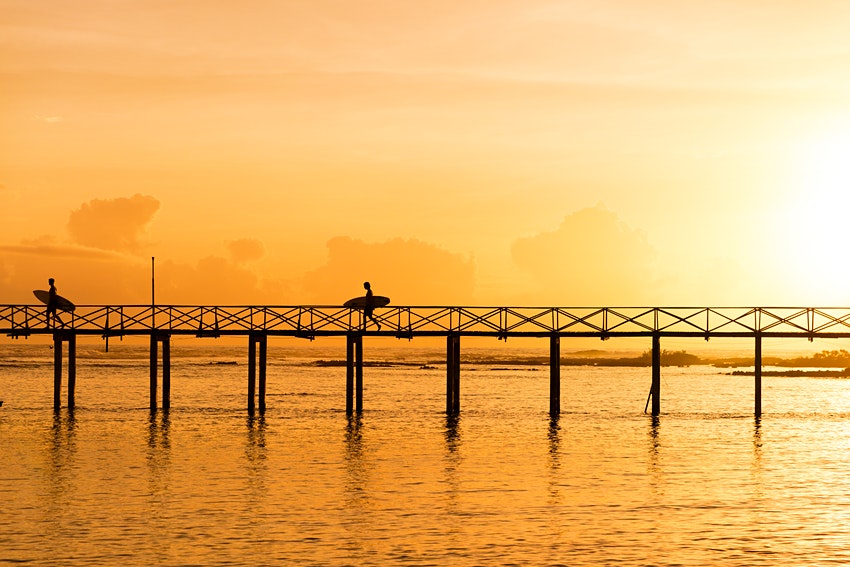 It’s the rainiest month (except for on the eastern seaboard, where it’s the driest), so you’ll get fabulous discounts on accommodation. Durian season begins in Mindanao and surf season launches in Siargao. The third week of August also sees Davao’s showcase its Muslim, Chinese and tribal influences during the Kadayawan sa Dabaw Festival with parades, performances, and fruit and flower displays.
Key events: Kadayawan sa Dabaw Festival

Heavy rain continues, particularly in the north of the country. Visitors who chance it could get lucky with a break in the rain, and be rewarded with low accommodation prices and quiet beaches. The Eastern Visayas are still mostly dry.

Things start to dry out after the heavy rains of August and September, but typhoons are still common. The early part of the month is a good time to travel with lower accommodation costs and fewer crowds, but high-season prices kick in towards the end of the month. Christmas music is already ubiquitous in the malls. On the streets of Bacolod, capital of Negros Occidental, mischievous masked men in feathery outfits stir the masses into a dancing frenzy as part of the MassKara Festival during the weekend closest to 19 October.
Key events: MassKara Festival 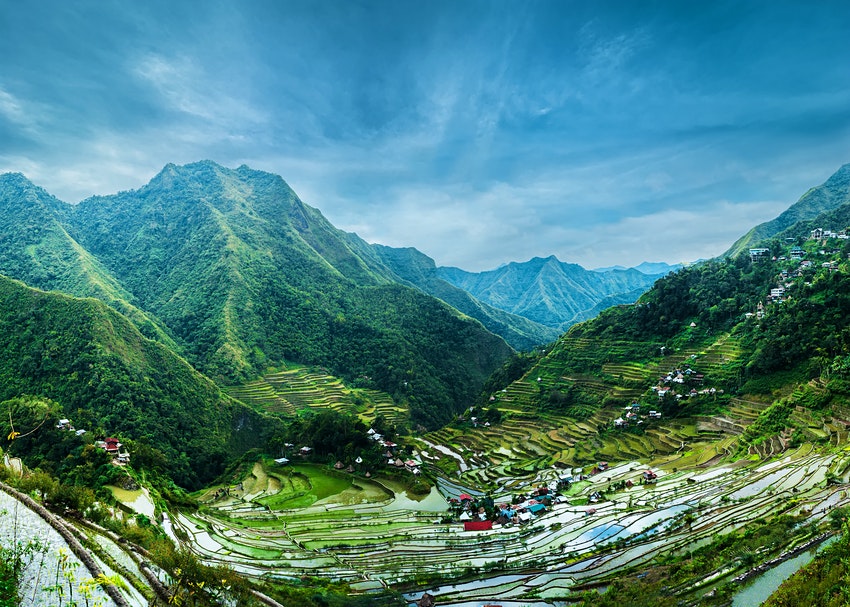 November marks the return to high season with the arrival of good, dry weather for most of the country. Families laden with food gather at the local cemetery on the first day of the month to spend Todos los Santos (All Saints Day) remembering their departed loved ones. It’s a surprisingly festive occasion.

High season is in full swing as the Christmas music reaches a crescendo and the northeast Christmas winds ramp up, launching kite-surfing season in Boracay and surf season in northwest Luzon. In Cotabato on the island of Mindanao, Shariff Kabungsuan Festival celebrates the arrival of Islam in the region and includes river parades of decorated boats from 15 to 19 December. The end of the month is a super peak period, which lasts across Christmas and New Year.
Key events: Christmas, New Year, Shariff Kabungsuan Festival