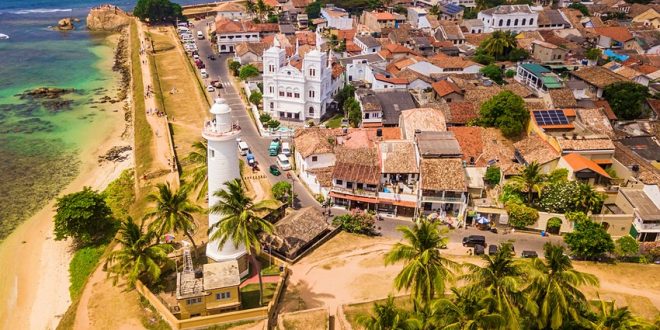 If anywhere deserves the title of a true year-round destination then it’s Sri Lanka. The teardrop-shaped isle’s proximity to the equator ensures pleasantly warm, stable temperatures whatever the season, while its annual dual monsoons means that while one side of the country is taking a soaking, the other is primed for afternoons on the beach. On top of this is a calendar chocked full of festivals and holidays, offering a unique cultural highlight for visitors almost every month.

Whether you’re looking for the best time to hit the beach, spot wild elephants in a national park, hike to the summit of Adam’s Peak, or simply avoid the tourist crowds, here’s our guide to the best time to visit Sri Lanka. 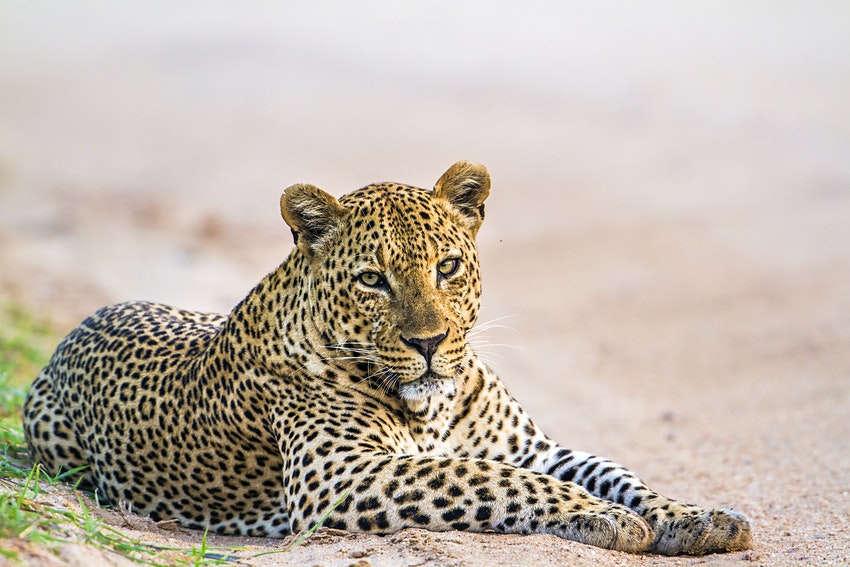 Sri Lanka’s high season coincides with the coming of the best weather in the south and west of the country, meaning popular resorts like Hikkaduwa and Mirissa are at their most idyllic, but also busiest. However, the Maha monsoon season (October to January) keeps The East, north and Ancient Cities regions wet.

Sri Lanka is a year-round wildlife-watching destination but generally the best times to spot elephants, leopards and buffalo align with the main November-to-April tourist season. At this time of year all the big parks are open and the dry conditions mean that animals start to gather around water holes, making them easier to spot (especially so between February and early April). 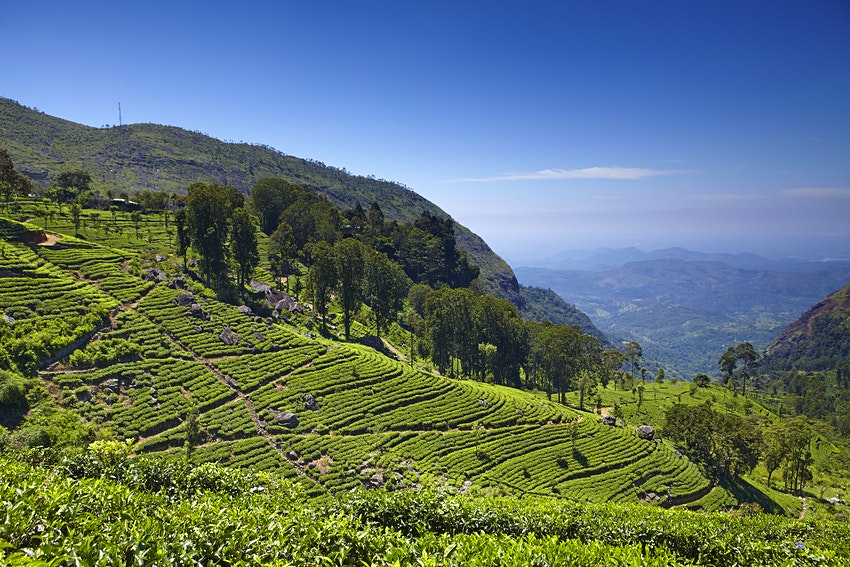 Squeezed between the two main monsoons, Sri Lanka’s two shoulder seasons offer the best weather right across the country, with fewer crowds and lower prices. April, however, does coincide with the New Year holidays, which can cause transport troubles as people move around the country. This is a good time for trekking in the Hill Country or climbing Sigiriya, with the weather mostly dry but not as hot as in the height of summer.

September (sometimes August) also sees 200 or more elephants group together for several weeks in one spot in Minneriya National Park. The event, known as ‘The Gathering’, is considered one of Asia’s great wildlife spectacles. 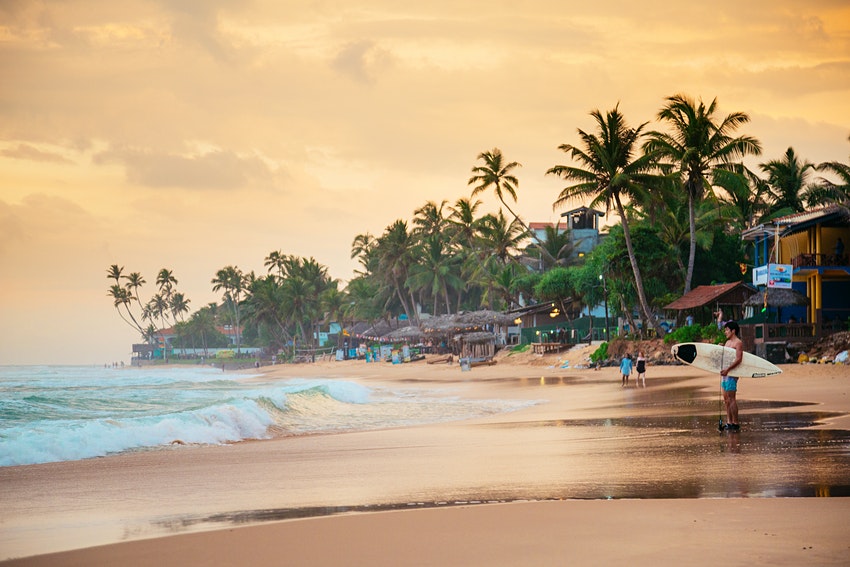 Best time to avoid the crowds

Low season starts with the coming of the Yala monsoon in May, which pounds the west and south, as well as the Hill Country, through until August. This is the best time for trips to Jaffna in the north or the chilled-out resorts along the east coast, like Arugam Bay, known for their laid-back surf scene. Accommodation prices during this period are generally lower and crowds thinner.

Despite the Yala monsoon, many festivals take place during this period, including Vesak Poya, a two-day festival where colored lights adorn every Buddhist home, shop and temple, and the vibrant Esala Perahera in Kandy, with thousands of dancers and drummers forming a giant procession through the town.

January sees the peak of the tourist season in Sri Lanka. Crowds may be at their largest but fine weather in the south and west makes it an all-round appealing time to visit the country. Additionally, many popular towns host major events during the first month of the year, including Duruthu Perahera in the capital Colombo, a lavish festival of lights, dances and parades to celebrate the first of Buddha’s visits to Sri Lanka, while the – somewhat more sedate – annual literary festival takes over the historic town of Galle.
Key events: Duruthu Perahera, Galle Literary Festival

Visitor numbers are still high in February, with wintering Europeans baking themselves silly on the beaches in the dry winter weather. This is a busy month for Sri Lankans, with Independence Day, early in the month, commemorated with festivals, parades, fireworks and sporting events across the nation.
Key events: Independence Day

Visitor numbers decline but the festival of Maha Sivarathri in early March (or late February) brings a flurry of activity, with Hindus commemorating the marriage of Shiva to Parvati with all-night vigils and more. It’s the most important day for Shaivites, who comprise the majority of Sri Lanka’s Hindus.
Key events: Maha Sivarathri 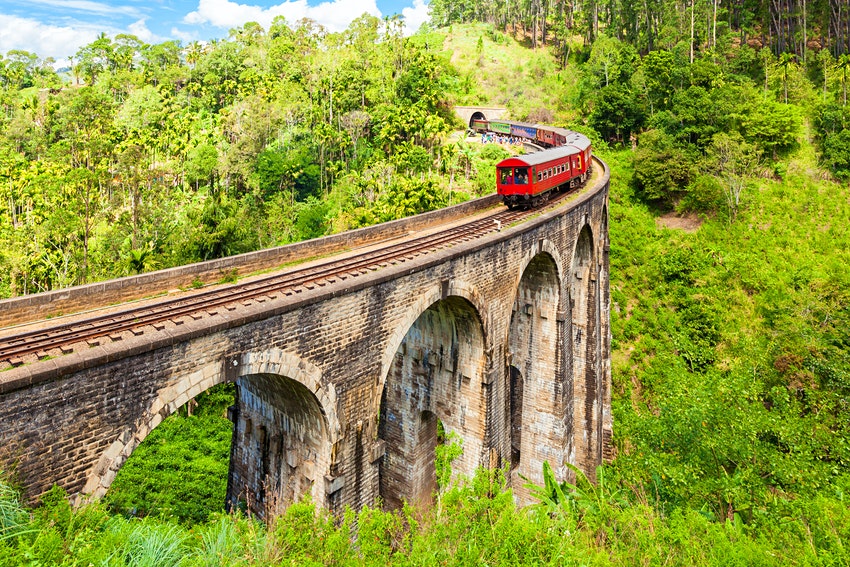 Warm and dry across the majority of the country, and outside the prime tourist period, April is a great month to be in Sri Lanka. Although Christians comprise only six percent of Sri Lanka’s population, Christian festivals, including Easter (which usually falls in April), are still celebrated with gusto – don’t be surprised if you see the Easter bunny adorning a few shop windows. A more significant event in April is Aurudu (New Year), with New Year’s Eve (April 13) and New Year’s Day (April 14) nonreligious holidays. Over the days before and after, buses and trains are jammed as people flee from big cities to home villages.
Key events: Aurudu (New Year)

The Yala monsoon blows in for five months, bringing heavy rains from the Indian Ocean that drench the Hill Country and the beach towns along the south and west coast, sending tourists scurrying. Despite the downpours, the country’s cities become particularly picturesque during Vesak Poya, a two-day festival where coloured lights adorn every Buddhist home, shop and temple – night-time Colombo in particular is a riot of colours. Ramadan also tends to fall in April or May, with some Muslim-owned businesses closing during daylight hours.
Key events: Vesak Poya, Ramadan

The ongoing monsoon means tourist crowds are scarce through most of the country in June, with the exception of the east coast beaches which avoid the rain. Meanwhile, another major Buddhist event, the Poson poya, gets underway. The celebration of the introduction of Buddhism to Sri Lanka sees festivities take place in the temples of Anuradhapura, while, nearby, thousands of white-clad pilgrims ascend the calf-busting 1843 steps to Mihintale’s cloud-scuffing Dagoba.
Key events: Poson Poya 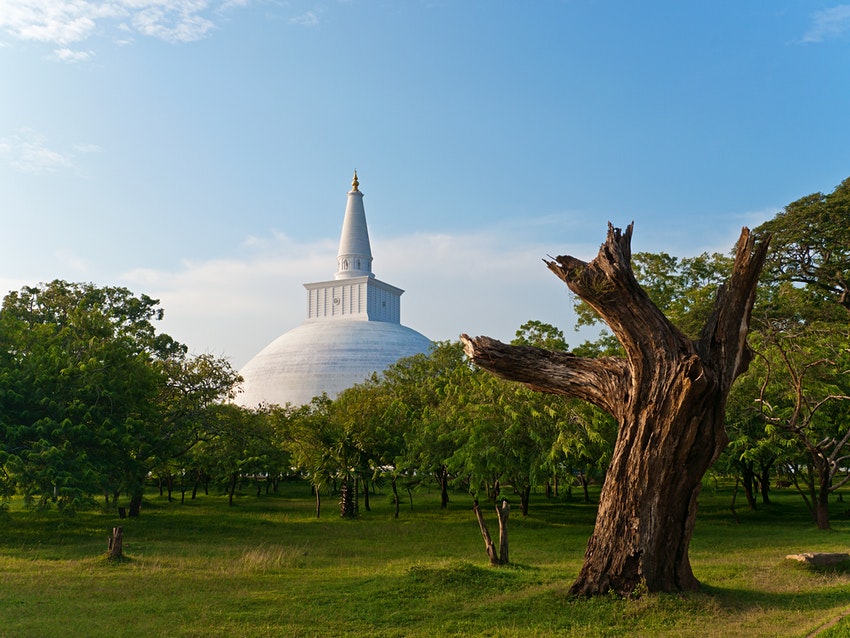 For fans of cultural festivals, who aren’t easily disheartened by the odd downpour, July marks a good time to be in Sri Lanka. The key focal point for the country’s Buddhists this month is Esala Perahera, which begins at the end of July and lasts for 10 days. The Kandy Esala Perahera is legendary, but smaller parades are held across Sri Lanka. Many celebrations feature dancers, drummers and stilt-walkers who practice all year for the occasion. Another large-scale procession takes place in Colombo as part of the Hindu celebrations of Vel, which sees the gilded chariot of Murugan (Skanda), the Hindu god of war, ceremonially hauled through the city’s streets.
Key events: Esala Perahera, Vel

August marks the last month of low season, with the rains of the Yala Monsoon slowly beginning to ease. To maximize the chance of avoiding the rain, visitors should head north to Jaffna, which plays host to the enormous and spectacular Nallur Festival each August. The event climaxes on day 24 with parades of juggernaut floats and gruesome displays of self-mutilation by entranced devotees.
Key events: Nallur Festival

The monsoon (usually) starts to abate in September, marking the beginning of a short but sweet shoulder season. It’s a great time to enjoy a less-crowded Sri Lanka, with the weather generally good countrywide. September is also the usual month for ‘The Gathering’ event in Minneriya National Park, which sees 200 elephants all congregating together in a particular spot in the park.
Key events: Minneriya National Park Elephant Gathering

October can be a bit unpredictable, with the Yala monsoon fading and conditions building towards the Maha monsoon. In many areas, thunderstorms arrive in the afternoons, and rain is common, but there’s still good surfing on the east coast. A raincoat is essential packing for visits in October. 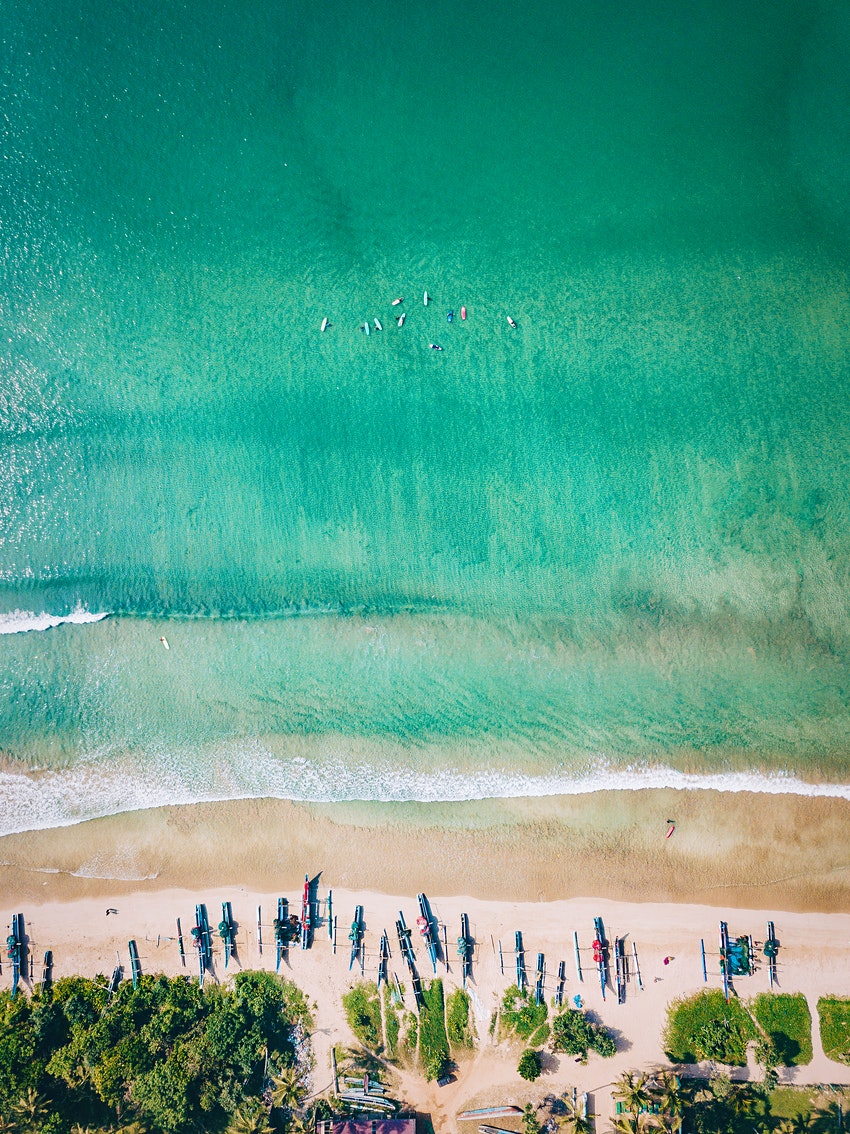 Resorts and guesthouses along Sri Lanka’s southern and western coasts start to gear up for action in November, with the good weather and high season just around the corner. Elsewhere, storms and rain persist, particularly in the north and the Ancient Cities. Deepavali, the Hindu festival of lights, takes place in early November (or late October), with fireworks flashing across the night sky and flickering oil lamps illuminating windows.
Key events: Deepavali

By December, high season is in full swing, with bathers on beaches along the south and west coast jostling for towel space. The Adam’s Peak pilgrimage season, when pilgrims of all faiths (and the odd tourist) climb the sacred summit near Ella, starts in December and lasts until mid-April. The end of the month also sees the arrival of Christmas, which is celebrated enthusiastically by Sri Lanka’s Christian community, and followers of other faiths also join in secular events over the holidays – expect over-the-top decorations aplenty.
Key events: Adam’s Peak pilgrimage season, Christmas

Worth noting: Every poya (full moon) day is a holiday in Sri Lanka, and buses, trains and accommodation fill up, especially if the full moon falls on a Friday or Monday. No alcohol is supposed to be sold on poya days and many bars close (though some hotels discreetly provide cold beer ‘under the table’).

Previous WHO need a visa to go to Sri Lanka?
Next New Zealand to reopen to Australia travellers later this month