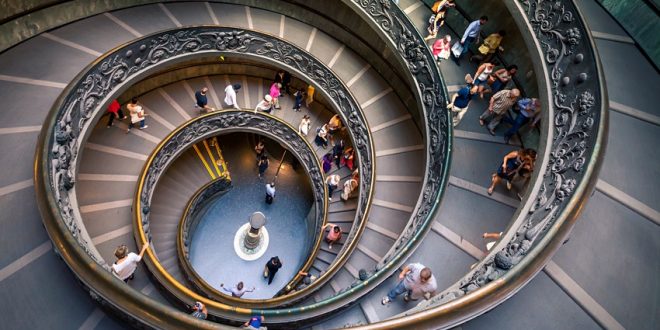 Italy – and its awe-inspiring art, architecture and food – is no secret. The epicenter of the Roman Empire and the birthplace of the Renaissance, this European virtuoso practically groans under the weight of its cultural cachet.

The challenge is not so much where to go – an amazing experience is honestly assured wherever you end up – but rather how to go about it. Here are some ideas from a veteran Italy traveler to turn every Italy trip into a once-in-a-lifetime experience.

Return to the Roman Empire

Working out the best way to spend your time in the Italian capital is a cultural conundrum. Rome is the former caput mundi (capital of the world), the epicenter of the Roman Empire, the spiritual HQ of the Christian world and the repository for over two millennia of European art and architecture. The city exudes must-see sights from every pore.

From the Colosseum (buy a “Full Experience” ticket to access the recently opened, underground vaults) to the Pantheon, and the Roman Forum to Michelangelo’s Sistine Chapel and the Vatican Museums, there’s simply too much to cover in a single visit.

Zooming around Italy’s Eternal City on the back of Vespa moped to sightsee at speed is one option, and a great way to sample the dolce vita (good life). Before you leave, toss a coin into the pool below the wild horses and cascading rockfalls of the Trevi Fountain to ensure a return visit to this captivating city. 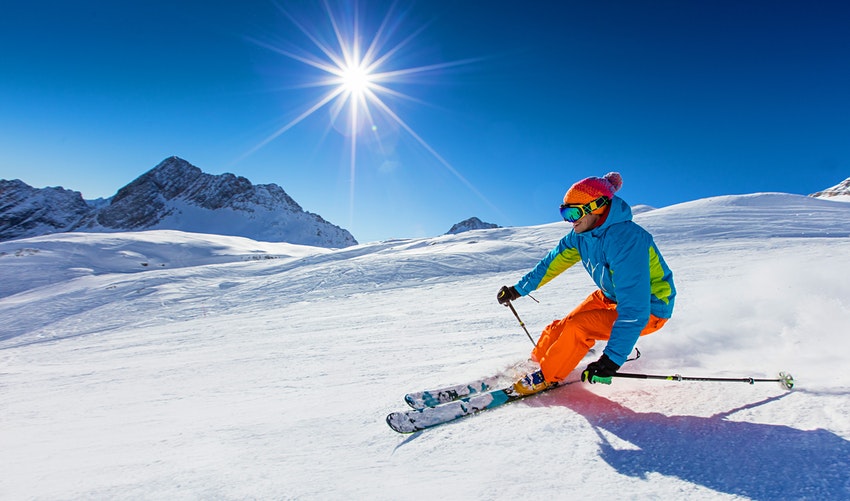 Ringed by some of Europe’s highest peaks, including Mont Blanc, the Matterhorn, Monte Rosa and Gran Paradiso, the Aosta Valley sports some of the best winter sports facilities on the continent. In fashionable Courmayeur, winter skiers descend hair-raising runs into France and Switzerland, crossing glaciers and returning via lofty cable cars.

And when the snow melts, spectacular hiking trails in the Parco Nazionale del Gran Paradiso and around Mont Blanc await. Whatever the season, keep your ears peeled for Franco-Provençal (also known as Valdôtain), the Franco-Italian valley’s distinctive local language.

Italy’s most spirited urban hub, this highly charged, charismatic city in the country’s deep south is a curious potpourri of nail-biting history, classical art and a grungy grassroots cocktail of frescoed ruins, frenzied markets and epicurean adventures. Drama is the order of the day in boisterous Napoli, where street life unfolds like a grand opera.

Shop for swordfish heads and sweet ricotta pastries at Naples’ oldest market, ogle street art in the Centro Storico, admire Mt Vesuvius views from the Lungomare seafront, explore subterranean catacombs, then follow the lead of locals and join the after-dark passegiatta (promenade) on Via Chiaia. Whatever you do, count on drama 24/7.

The eternal crossroads of the Mediterranean, the island of Sicily dazzles with its brilliant diversity of landscapes and cultural treasures. In the southeast, honey-hued Syracuse was the largest city in the ancient world – bigger even than Athens and Corinth – and played an important role in classical Greece. Its hypnotic archaeological ruins, rising out of lush citrus orchards and the sparkling blue Mediterranean, continue to encapsulate Sicily’s timeless beauty.

Two-and-a-half millennia later, Greek dramas still flourish in Syracuse’s great amphitheater, alongside contemporary theatre, live music and more. A show beneath the stars on the antiquity stage at Teatro Greco is an unforgettable and spellbinding spectacle. 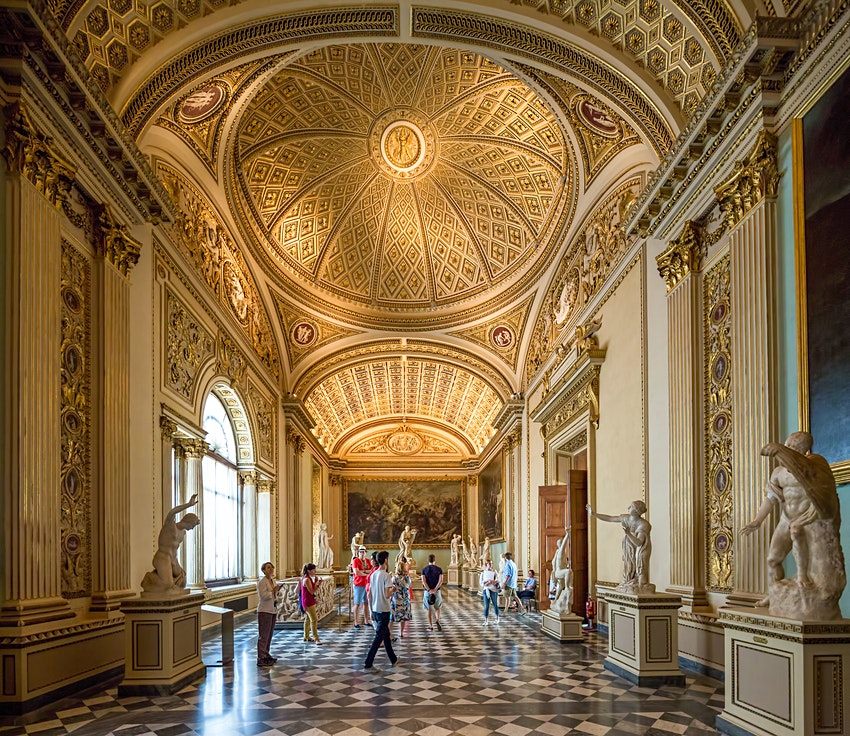 Most Tuscan tours begin in the Unesco-listed city of Florence, a cinematic feast of Renaissance palazzi (palaces), medieval-frescoed chapels and art museums brimming with Botticelli and Michelangelo masterpieces. At the historic heart of Florence is the Uffizi, stormed by millions of visitors each year for its unmatched Renaissance works. To take the art journey further, the new Uffizi Diffusi project encourages art buffs to trek across Tuscany’s backcountry – on foot, by bike or car – following an untrodden trail to Italian masterpieces.

Designed to diffuse Florence’s heavy tourist load, this sustainable tourism project is bringing pop-up galleries to backcountry chapels, fortresses, hilltop villages and other unconventional spaces. Not only does it lead visitors off the beaten track, it also allows artworks to be admired in the Tuscan landscapes that inspired the artists – an iconic terrain of rolling hills dipped in morning mist, timeless cypress alleys, silver olive groves and terraced rows of vines. Check current venues on the Uffizi website.

Rare white truffles from the vine-striped countryside around Alba offer the most grassroots gastronomic experience in all of Italy. Once these fabulous fungi are tracked down by dogs in the woods, ceremoniously sniffed, and greedily scoffed, there is no going back.

Truffles aside, the northwestern region of Piedmont, birthplace of the Slow Food movement, serenades gourmets with sweet creamy hazelnuts from the rolling Langhe hills and silky chocolate and myriad cocoa creations in gilded cafes in elegant Turin. Nebbiolo grapes metamorphose into magical Barolo and Barbaresco wines, and lavish banquets pair these treats with sacrosanct aperitivo (pre-meal snacks to eat with a drink and open up the appetite). Savor the slow feast, one delicious mouthful at a time!

Cycling and walking is a great way to get under the skin of Italy’s diverse landscapes, and there is no finer long-distant trail than the medieval Via Francigena. A perfect, less-trodden alternative to Spain’s Camino de Santiago, Italy’s most celebrated pilgrim route wends its way for 1900km (1180 miles), running all the way from Canterbury in England to Rome.

Glam it up on the Amalfi Coast

Whether you follow the rugged cliff-laced coast in search of a wild swimming spot or live the high life with spritz-sipping A-listers in Positano, the Amalfi Coast is one of Italy’s most glamorous destinations. This dramatic coastal strip has thrills and spills to suit every taste and budget, from hunting down traditional marquetry in Sorrento’s maze-like old-town to garden-hopping in Ravello. Don’t overlook the Sentiero degli Dei or ‘Path of Gods’ – a rugged hiking trail that delivers on its name with positively celestial views.

Harvest grapes in the Cinque Terre

Come for mellow days of strolling along quiet cobbled lanes and hiking through vertical vineyards and hillsides perfumed by macchia (herbal scrub) to ancient sanctuaries. The sight of local pickers gallantly harvesting the grapes that go into the Cinque Terre’s sweet fortified Sciacchetrà, and sipping the resulting vintages in a Corniglia or Riomaggiore wine bar with vertiginous views, is an experience that will stay with you forever.

Italy’s prized island collection hovers around the 450 mark, meaning il bel paese (“the beautiful country”) has a beach-laced island with your name on it. Myriad islands dot the Mediterranean, Ionian, Adriatic and Tyrrhenian Seas. Venice alone is made up of 17 islands, and Sicily and Sardinia – the country’s biggest and busiest islands – offer an enticing mix of outdoor thrills and living history.

Unblemished Capri, a boat ride from Naples, attracts celebrities and the super-rich (as does posh Panarea in Sicily’s Aeolian archipelago). Volcanic Ischia is awash with thermal spas and manicured gardens. At the other extreme, nature lovers gravitate to peaceful salt marshes and mudflats teeming with birdlife in the pristine Grado lagoon, on the country’s northeast border with Austria and Slovenia in little-explored Friuli Venezia Giulia. 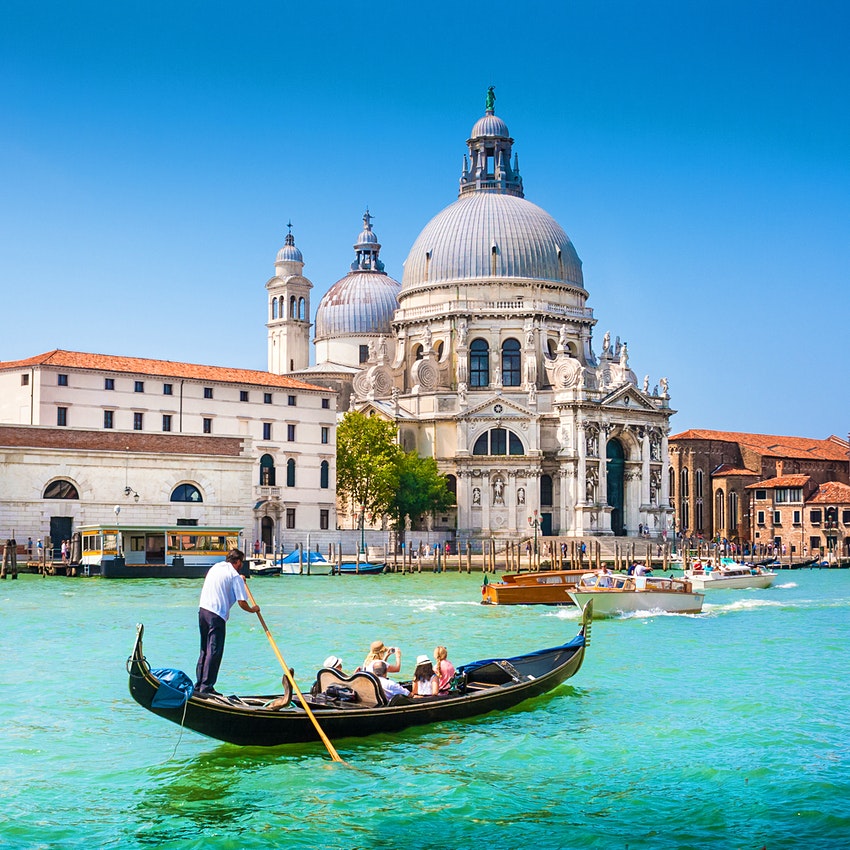 Help to save Venice

Venice is impossible to ignore, hence the hordes of tourists who pile into this dreamlike city of romantic canals and ethereal fogs. In an average year, 25 million arrive to snap selfies beneath the Bridge of Sighs and glimpse heaven (in fresco form) in Basilica di San Marco. To curb future crowds, a tourist tax, turnstiles at city entrances, and advance reservations via an app to enter the city  are all on the drawing board.

To make a positive impact on Italy’s most mobbed city, come out of season, and don’t duck in and out on a day trip. Instead, stay for a few days using the community-powered, home-sharing platform Fairbnb and meet and learn from Venetians who are passionate about their city through Venezia Autentica. At mealtimes, favor lagoon-caught seafood in local restaurants over tourist joints with English-language menus.

Get off-grid in Abruzzo

The Abruzzo region doesn’t have the Amalfi’s natural glamour or the cultural colossi of Rome, but for travelers seeking an immersive, emotive brush with rural Italy and its people, it definitely hits the spot. Cradled by the gritty Apennine mountains and unforgiving Adriatic sea, the region was hit by an earthquake in 2009, but Abruzzo is slowly rebuilding itself and reclaiming its rich heritage.

In the quiet town of L’Aquila, a new outpost of Rome’s MAXXI (National Museum of 21st Century Arts) is just one sign of this cultural rebirth. In remote Santo Stefano di Sessanio, the Sextantio albergo diffuso program hosts visitors in rustic rooms scattered around this pretty mountain village. Spotting rare Marsican bears padding around the Parc Nazionale d’Abruzzo is the icing on the cake.

Previous Singapore is reopening to vaccinated travelers from these countries only
Next 台灣溫泉飯店: 知本老爺大酒店│日本專家鑑定「美人之湯」