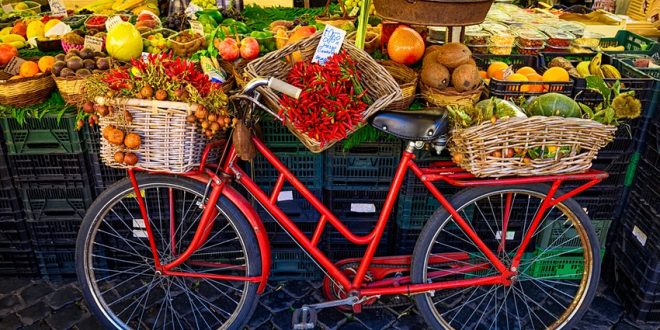 Italians live to eat. Not only is the food beyond delicious, it’s the symphonic way that the courses unfold that elevates an Italian meal to an art form. It’s a multi-layered experience far richer than the sum of its parts.

When I moved to Italy as a 22-year-old American, I was naïve, but even I knew that Italian menus are planned with respect to seasonal rhythms. The farm-to-table concept that we strive for in America comes naturally in Italy. The dining table is an extension of the garden, farm, and field. Spiky artichokes and tiny sweet peas in spring, glossy purple eggplant and juicy watermelon in summer, and the more austere yet still delicious cardoons, fennel, and cauliflower in late fall and winter. 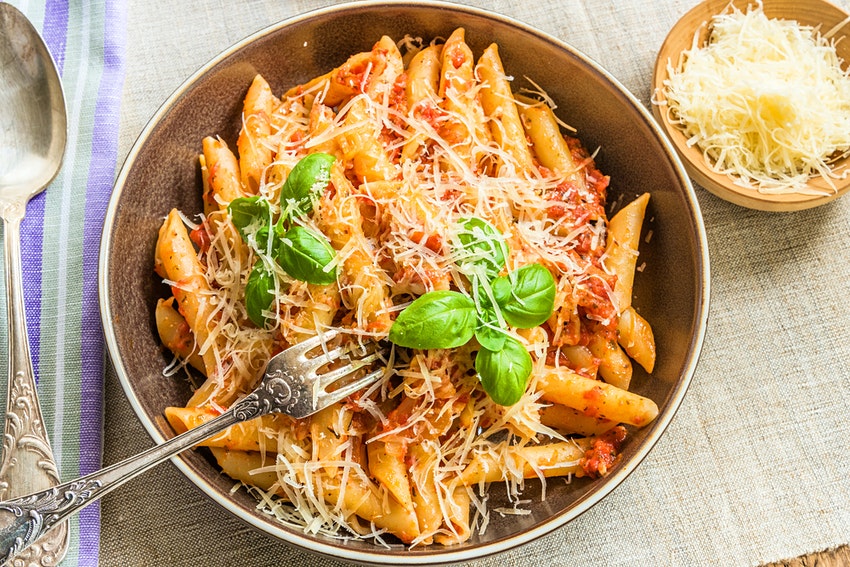 I had no clue that only foreigners like myself ate pasta as a stand-alone meal. The first time I invited a friend over for dinner and cooked spaghetti with a sauce of sweet summer zucchini, he couldn’t believe that was all I was serving. My industrious Italian guest went into my kitchen, found some meat wrapped in brown butcher paper, and cooked his own second course.

The meaning of Piatto

I didn’t know that in traditional Italian homes, you eat both a primo piatto and a secondo piatto at the same meal. Piatto means plate, which translates into a first course (or plate) and a second course. The primo is usually a starch to take the edge off your hunger, pasta, rice, soup, or perhaps polenta if you live in the north. The secondo consists of meat, fish or fowl. This is served with a contorno, which roughly translates into a side dish, usually a vegetable. The literal translation is “contour”; the side dish is meant to enrich and refine the main dish. It’s thoughtfully selected, not a haphazard mishmash of whatever you’ve got in your fridge. 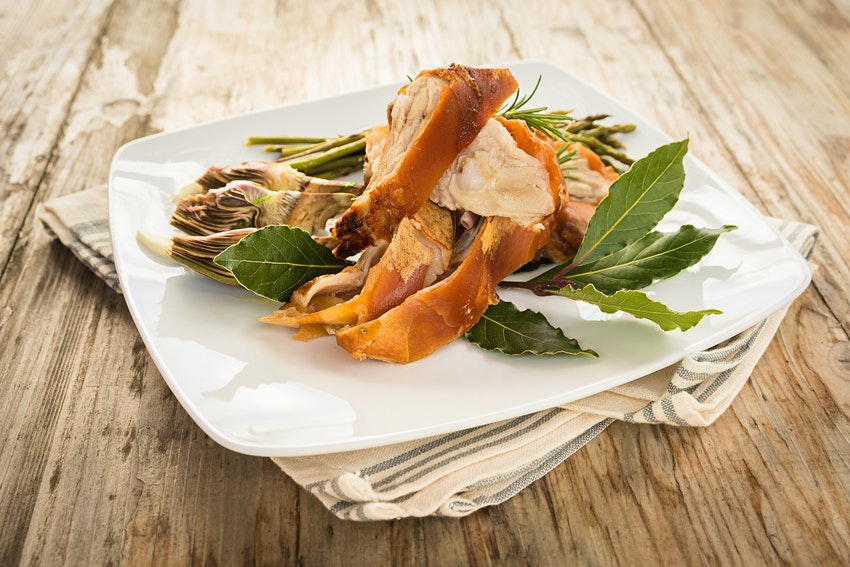 With time, I began to understand the harmonious relationship between the courses, a sort of invisible bridge that runs between them. They should gently complement each other, the first course priming the palate and prepping the taste buds for the second course, the contorno enhancing the meat or fish of the second course with color, texture, and flavor. Of course, the proper wine helps to smooth this transition.

READ  Italy: Under the Tuscan Sun - TV / Movies Help You

When I married a Tuscan, we moved to his hometown, Greve in Chianti. Butcher shops were scattered around the cobblestone streets, a huge number in proportion to the small population. Thanks to my previous one-course meal mistake, I understood that my new in-laws would be expecting a two-course meal the first time we invited them for dinner. I prepared ribolitta, a thick, comforting soup packed with beans and vegetables. This was followed by stracotto, a slow-cooked pot roast with root vegetables braised for hours in the local Chianti Classico wine. I thought these two hearty dishes had a certain winter symmetry.

My father-in-law found the pot roast tasty enough, but his finely tuned palate correctly detected that I had not purchased the meat from Gabriella, the only female butcher in town. My in-laws bought every gram of meat that graced their table from Gabriella. Generations of their family had purchased meat from generations of her family. It was becoming clear to me that the Italian dining table extends way beyond eating. Like most great art forms, it is highly nuanced, touching on deeper concepts that link generations, with special reverence for those who are long gone. 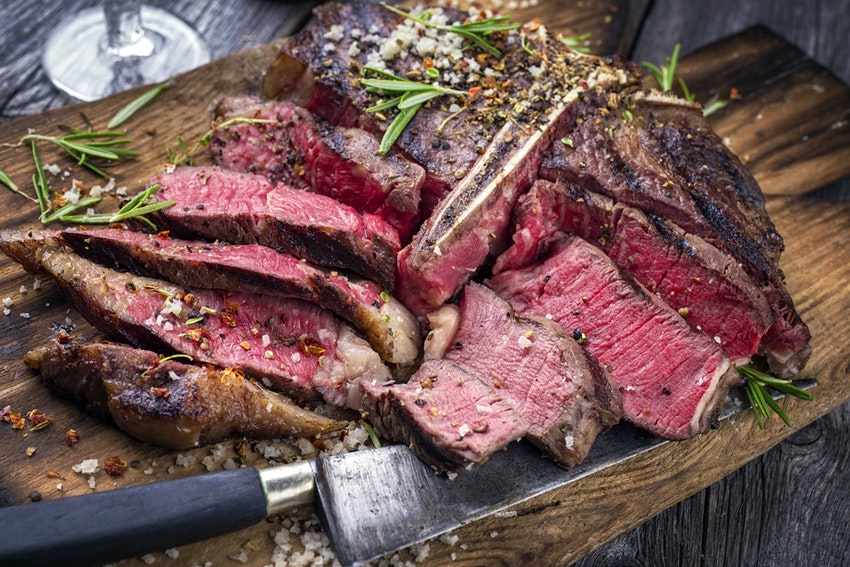 Each of Italy’s 20 regions has its own distinct foodways. The longer I spent in Tuscany, the more I understood that they are masters of preparing meat. From bistecca alla Fiorentina cut from the prized Chianina breed of cattle to humble tripe sliced paper-thin and served on a crusty roll soaked in broth, every carnivorous dish the Tuscans make is a treat. Locals like my father-in-law take eating meat as seriously as a Scot takes drinking whisky.

A side dish of fresh tomato and basil salad

My daughter Madeleine was born in America, but we moved back to Greve in time for her to attend nursery school. The school year was already underway and I felt anxious leaving her on the first day. When I picked her up, I asked the teacher how things had gone, expecting a report on her progress with the language and social interactions. Instead, the teacher told me she was troubled that my daughter hadn’t eaten a single bite of the fresh tomato and basil salad that was the contorno for the fried veal cutlet served at lunch. I explained that my child didn’t eat raw tomatoes.

Bewildered, she expressed concern that Madeleine hadn’t been able to fully enjoy the fried cutlet without the acidity of the tomato helping to balance and absorb the thinly pounded veal’s slightly oily exterior. Without tasting the salad’s shredded basil, the subtle sweetness of the veal was lost as well. Madeleine’s new classmates circled the teacher in solidarity. Little Lorenzo looked particularly troubled, as his father had produced the fruity green olive oil that the cutlet was fried in. Their baby faces displayed genuine distress that Madeleine’s four-year-old palate was not getting the full flavor profile of the day’s meal.

These tiny Tuscans instinctively grasped the culinary codes that have taken me a lifetime to understand. They may have been too young to know how to cook, but they already knew how to eat. For them, comprehending the pleasures of the table, the connection between the land and the taste buds, and the art of the meal, was effortless.

Santorini is the supermodel of the Greek islands, a head-turner whose face is instantly recognizable …