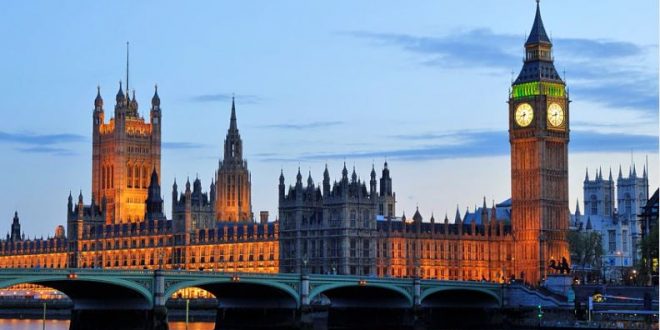 Some tips for first time visitors to London

London is not just saturated in multiculturalism, but defined by it. People from 270 different countries speak more than 300 languages. In this United Nations of a capital, it wouldn’t be at all unfeasible in the space of 24 hours to eat Ethiopian stew, have a salsa lesson, gaze upon artifacts from ancient Egypt, slurp down Vietnamese pho and listen to an oompah band in a Bavarian beer hall.

This isn’t to say London’s identity is entirely made up of globe-spanning components; it still has uniqueness by the bucketload. The buses really are red, the taxis really are black, and that massive clock by the river really is magnificent. The main attractions are world-class, often incomparably so, and absolutely worth visiting. Whether you’re on your first visit or your 100th, there’s always more to discover in London. 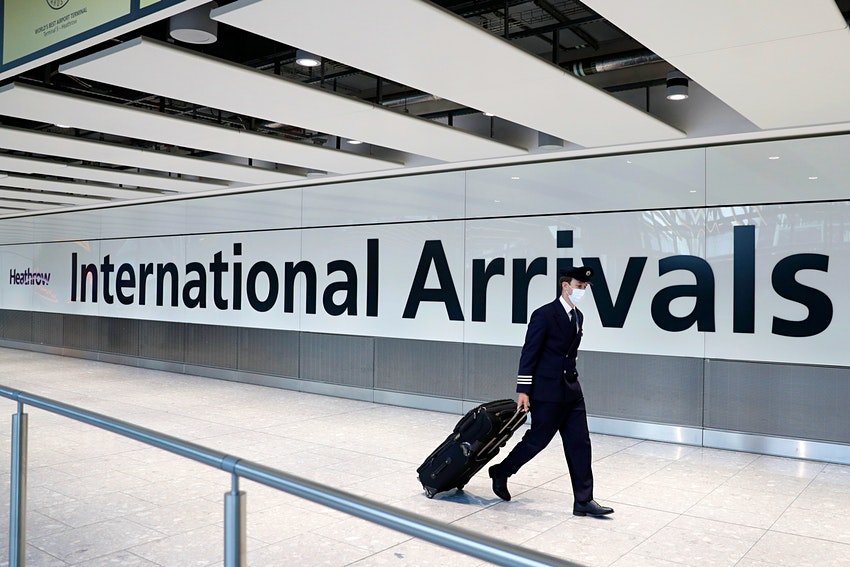 How to get to London

Most international visitors arrive in London by air, although train travel has experienced a surge in popularity as the carbon impact of air travel is better understood. Long-haul buses are a low-cost option for getting to the capital. Eurostar travels between London and Belgium, France and the Netherlands. Most long-haul flights land at Heathrow. Flights from Europe and the Middle East also land at Gatwick and Stansted. Luton and London Southend service budget airlines only. All airports are connected by train to central London, but only London City Airport and Heathrow are on the London Underground network.

London is often described as an amalgamation of different villages rather than a single place. Though few of its neighborhoods are remotely village-like, except perhaps Notting Hill and Richmond, it’s certainly true that different parts have different atmospheres, and it can be useful to segment your sightseeing accordingly. Three main, connected neighborhoods – the West End, South Bank and the City of London – sit either side of the River Thames and are the focus of most visits, especially for first-time travelers, but there are plenty of other areas worth exploring. 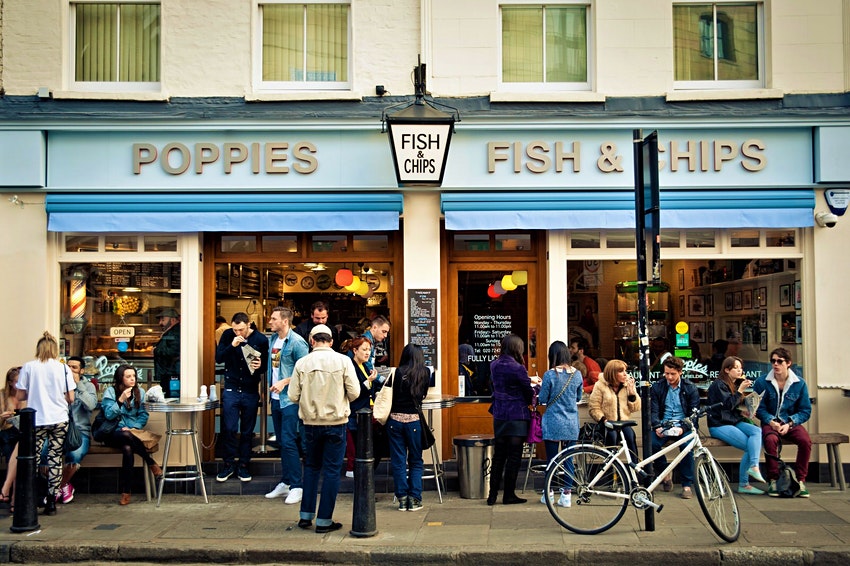 Where to eat in London

It’s difficult to imagine a type of food not available in London. There’s literally an A-Z of cuisines to be found across the city. The highest concentration of restaurants is in the West End, ranging from cheap Chinese in Soho to gastronomic wonders in Mayfair. South Bank has plenty of reliable chains and some great gastropubs where food is taken as seriously as the drink. The City buzzes during the week but is a ghost town once the bankers and brokers have headed home for the weekend. Sandwich shops and burger and noodle chains fill in the gaps across the capital and are good for a quick refueling.

See also  Jamaica has reopened its borders to UK-based travellers

When it comes to national cuisine, there are two dishes first-time visitors should try: fish and chips, and curry. Excellent portions of both can be found in east London: Poppie’s in Spitalfields serves up stellar fish and chips, and for a heaping helping of curry, head to Brick Lane. Another British classic is roast dinner, traditionally eaten at Sunday lunchtime and consisting of roast meat, potatoes, vegetables and a Yorkshire pudding (a baked batter cup), all covered in gravy. Any decent pub around town should offer one. 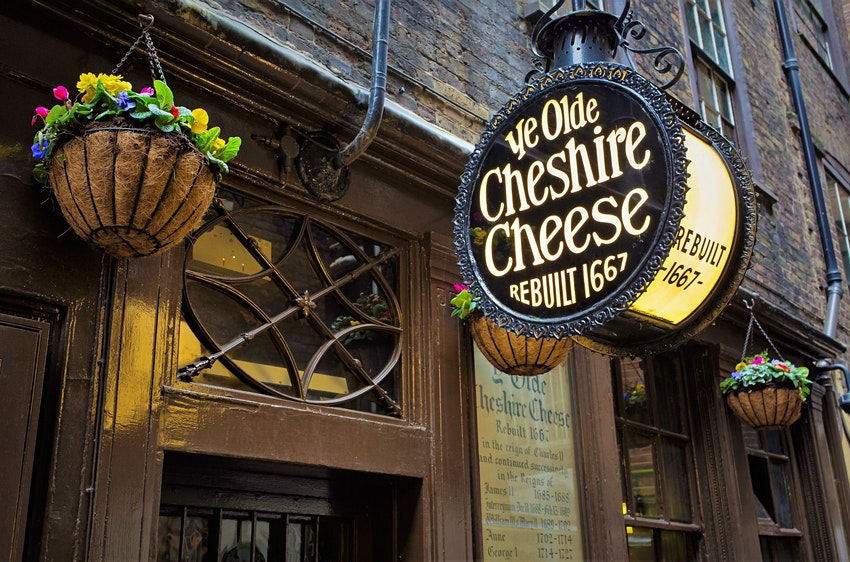 Where to drink in London

Londoners love to drink, and a classic experience for any first-time visitor is a pint in a pub. You won’t have trouble finding one – they’re literally everywhere – but particularly good ones include Ye Olde Cheshire Cheese (an old Dickens haunt), Ye Olde Mitre and the Lamb Tavern in Leadenhall Market. When it comes to bars and clubs, the West End and east London are best for sheer abundance. Soho is still the undisputed nightlife district, and along with Vauxhall has the best LGBTQI+ venues. 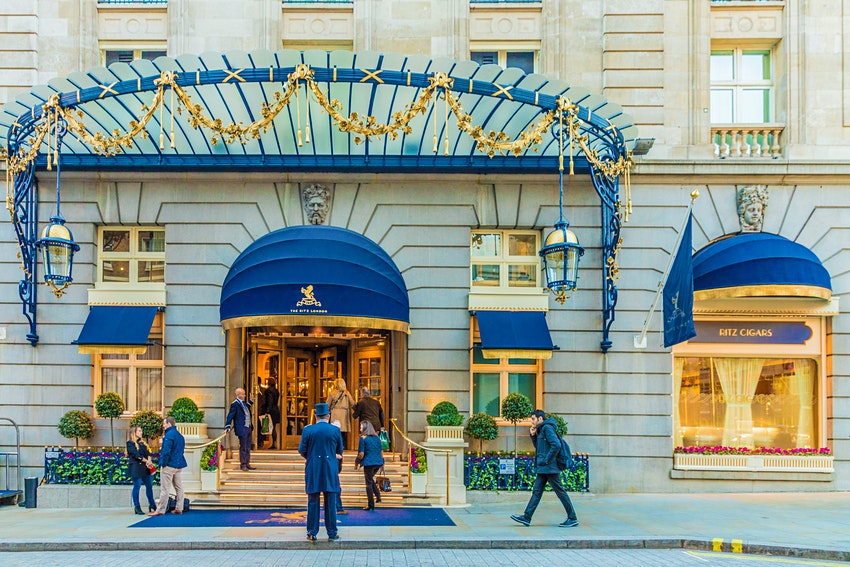 Where to stay in London

Needing to cater to 19 million visitors a year and rising, London has no shortage of accommodations, from budget hostels to luxurious boutique hotels. For your first time, you’ll want to stay somewhere central. A good budget option is the excellently located SoHostel. For something midrange, try the Haymarket in the heart of the West End. If money is no concern, you might as well head straight for the Ritz. 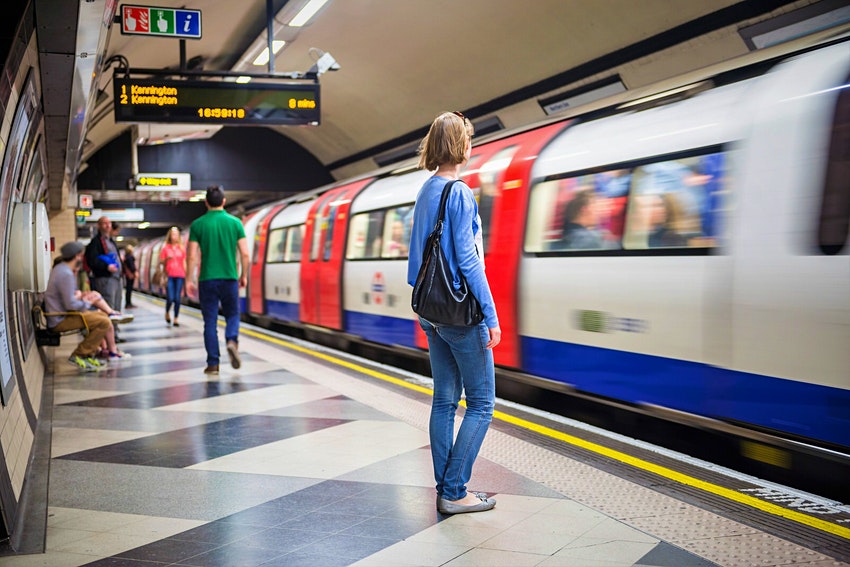 London has many modes of transportation for getting around the city. Walking is the best way to take in its 2000 years of history, but you can’t visit without using the London Underground, commonly known as the Tube. The first of its kind in the world when it opened in 1863, the Tube is the quickest way to get around London. Buses give the feet a break and offer good views but can be slow. Taxis are expensive unless you’re splitting a fare with a group. Boat services operate on the Thames throughout central London and down to Greenwich, providing a whole different perspective on the city. 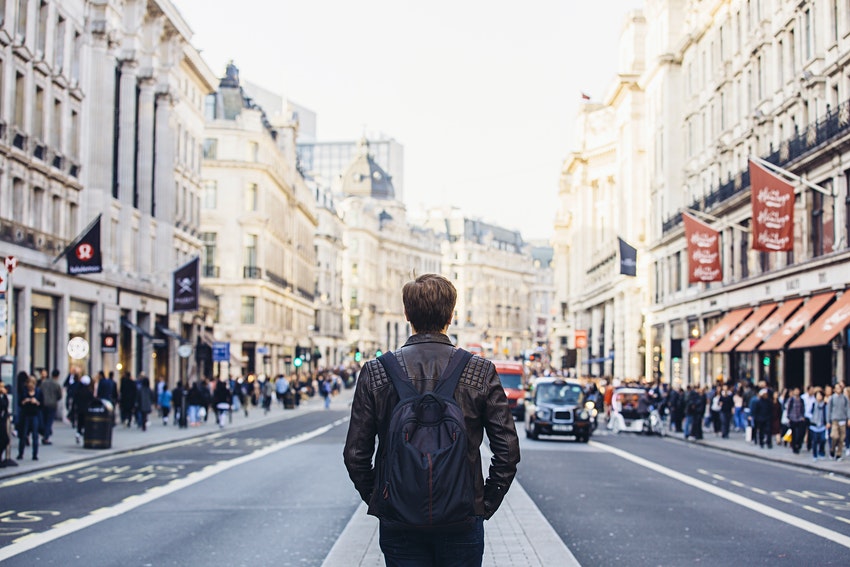 Is London safe to visit?

London is one of the world’s safest and most tolerant cities, though as with any large city, crime isn’t unheard of. Pickpockets operate on the Tube and in other busy places, so keep valuables within view and out of easy reach in pubs, bars and restaurants. Phone snatching happens, so be aware if you’re texting or posting a picture on the street. The phone number for emergencies is 999 (or 100 for non-emergencies, such as reporting a stolen bag). 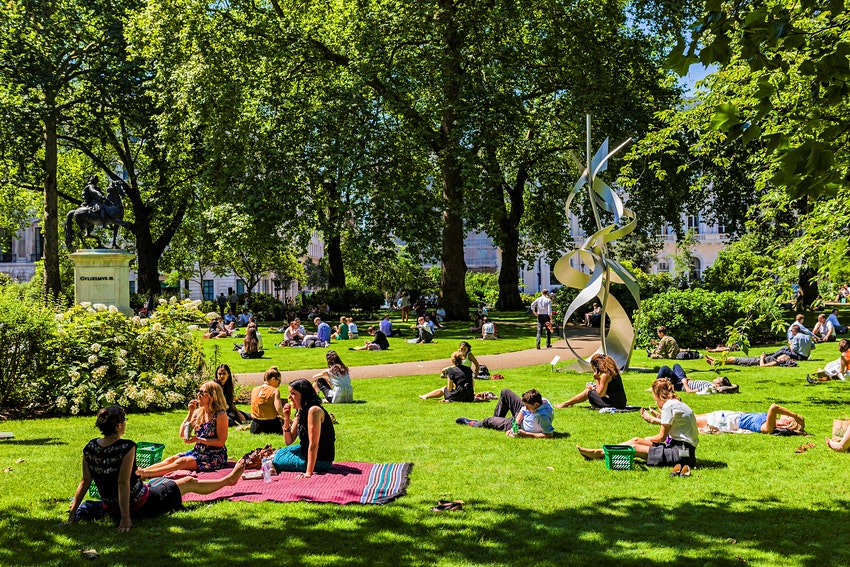 What to pack for a trip to London

Contrary to what you might have heard, it doesn’t rain all the time in London, or even most of the time. Winters tend to be cool and gray (snow is uncommon), while summers are warm and sunny-ish with temperatures averaging 72°F (22°C). Layers are key to a successful London wardrobe. And something waterproof. Because it just might rain.

In terms of going out, London is a casual city, and for most places, dress codes don’t apply. Only in very fancy restaurants will men be expected to put on a jacket, and sports shoes will be frowned upon. In general, wear whatever makes you feel comfortable.