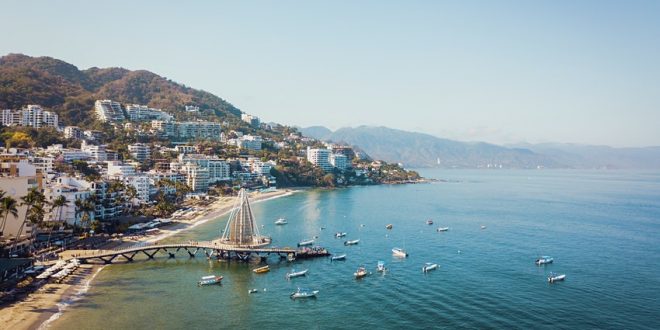 Welcome to the heart of Mexico where jungle-shrouded mountains rise from the sea, blue agave fields blanket vast rolling hills and ancient history comes alive in colonial and rural wonderlands.

Anyone looking to experience quintessential Mexico will certainly find it in the western Mexican state of Jalisco, the birthplace of mariachi music, tequila and many other classic Mexican traditions.

At the center of it all stands the state capital Guadalajara with its exquisite colonial architecture, vibrant crafts and art scene and a diverse gastronomic offering that will have you licking your chops at every turn.

For some glorious beach time, head west to the Pacific coast town of Puerto Vallarta and linger on palm-fringed sands and plunge into the wildlife-rich waters of Bahía de Banderas.

Even pandemic-wary travelers can rest easy here, perhaps on a wilderness escape to the cool mountains of San Sebastián del Oeste or on a day trip to Tequila (yes, it’s a drink and a destination).

Here’s a closer look at a region that is so emblematic of Mexico. 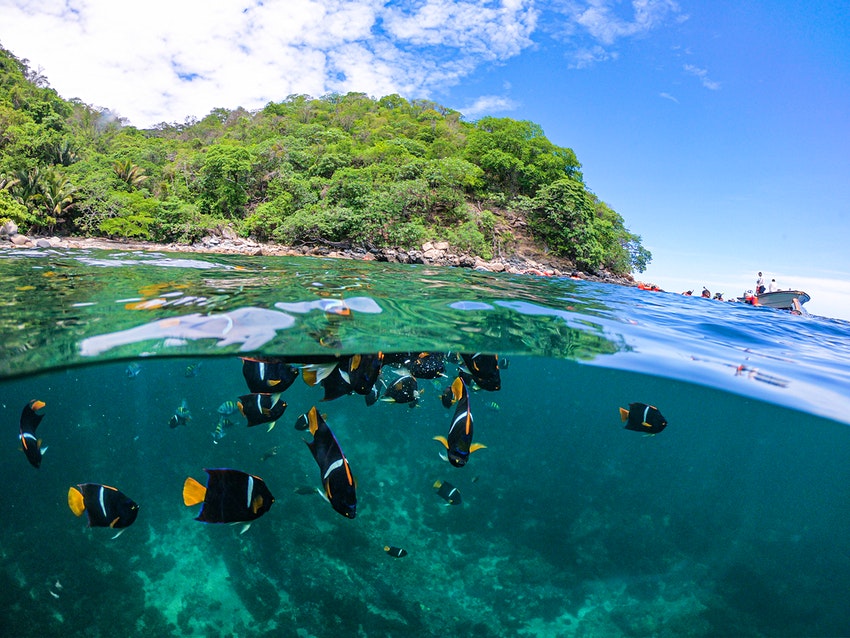 You could easily spend weeks visiting the sights in and around Puerto Vallarta’s vast, crescent-shaped Bahía de Banderas, with its glistening coastline. Most of the action unfolds along the cobbled streets of Puerto Vallarta’s effervescent historic center, but you’ll find plenty of outdoor fun beyond the tourist zone.

For a real Puerto Vallarta highlight, board a water taxi from Playa de los Muertos pier and venture out to its southernmost beaches, then simply hop off at the sparkling cove of your choice: the villages of Yelapa, Quimixto and Playa Majahuitas are home to cascading waterfalls, crystalline snorkeling sites and hillside hotels tucked away in the jungle.

Puerto Vallarta also offers some of the best diving sites on the Pacific coast, and even non-divers rave about the iconic Majahuitas Cove.

After you’ve worked up an appetite on the water, make your way back to Puerto Vallarta’s historic center and explore the many eating options ranging from affordable street food to chic seafood restaurants offering the catch of the day. Tacos Sonorita slices down some of the best tacos al pastor (spit-roasted pork) west of Mexico City, while Joe Jack’s Fish

Shack is the go-to spot to get Baja-style fish tacos. Or you can sample a bit of everything on a taco crawl with Vallarta Food Tours.

For a proper sit-down meal, go north of the tourist center to the up-and-coming Versalles neighborhood where chef Memo Wulff welcomes you with his daily specials and locally produced raicilla (a distilled agave drink) at Barrio Bistro.

After dinner, explore the downtown area where fiestas rage into the wee hours of the morning. Drop by La Bodeguita del Medio in the Zona Centro for live Cuban music and mojitos, or chill in any number of convivial bars in the gay-friendly Zona Romántica.

Ready for a change of scenery? Head inland for the cool climate of San Sebastián del Oeste, a former 17th century mining town sitting pretty at 4,855ft above sea level.

Half the fun is getting there as you make stops along the road at places like Panadería Carmen (a wonderful artisan bakery), Hacienda Jalisco (an old silver hacienda) and tiny raicilla distilleries. San Sebastian’s population of about 5,600 people makes it the ideal spot to social distance, and if you embrace hiking and the art of relaxing, it’s definitely the place for you.

Colonial-style hotel Mansion Real provides comfy rooms in a peaceful mountain setting. You can drive here on a day trip from Vallarta, or for more historical context book a tour with Vallarta Adventures.

See also  Canada, Mexico and the US extend border restrictions 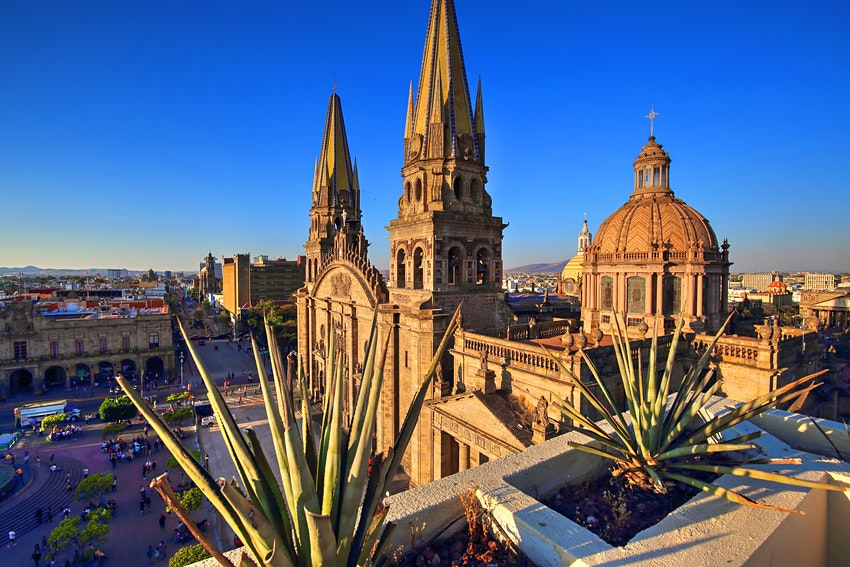 Now that you’ve decompressed with some quiet time in the mountains, mix things up with several nights in the sprawling metropolis of Guadalajara, Jalisco’s cultural capital. Despite being Mexico’s second biggest city, Guadalajara feels at times like a collection of small neighborhoods and nowhere is that more evident than in Tlaquepaque, a nearby crafts hub and renowned mariachi stomping ground.

You’ll also want to set aside time for exploring Guadalajara’s historic center, a bustling downtown neighborhood that received a recent makeover. Of the many architectural marvels in the historic center, right in the middle of downtown stands the emblematic, double-spired Catedral de Guadalajara, a 16th century colonial cathedral that’s almost as old as the city itself. Then walk across the lively plaza and marvel at the neoclassical Teatro Degollado, a lovely theater that hosts the colorful folkloric ballet.

Wherever the streets may lead you, don’t miss the Cabañas Museum, a World Heritage Site that’s home to 57 frescoes masterfully painted by master muralist and Jalisco native Jose Clemente Orozco.

For a more contemporary take on Guadalajara, make your way over to Avenida Chapultepec, a broad avenue lined with trendy bars, restaurant and cafes. Nearby, in the hip Santa Tere barrio, is the original location of Karne Garibaldi, a Guadalajara institution famous for its carne en su jugo (meat in its own juices). A stay at boutique hotel Villa Ganz, which occupies a historic 1930s mansion, puts you within walking distance of the Chapultepec nightlife scene. 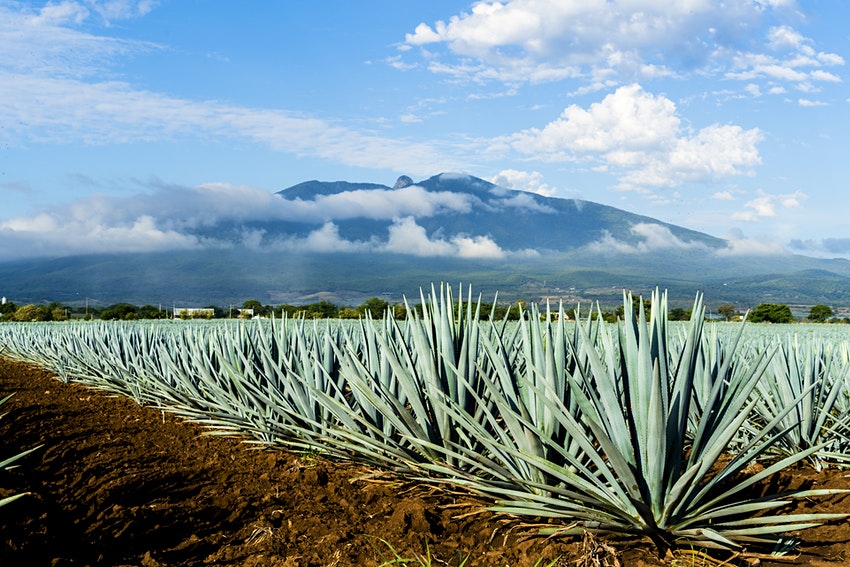 Though Mexican law allows a handful of other states to produce Mexico’s most popular agave spirit, no region can match Tequila in terms of historical significance and sheer production volume.

Tequila has been producing the spirit since the 16th century and while the process has become increasingly more industrialized in recent decades, you can still find craft distilleries such as Tequila Fortaleza that are producing the distilled agave beverage the good old-fashioned way. A tour of the facility is capped off with a tasting of their exquisite line of tequilas. Salud!