Breaking News
Home / Northern America / USA: Why you should take the train to Glacier National Park 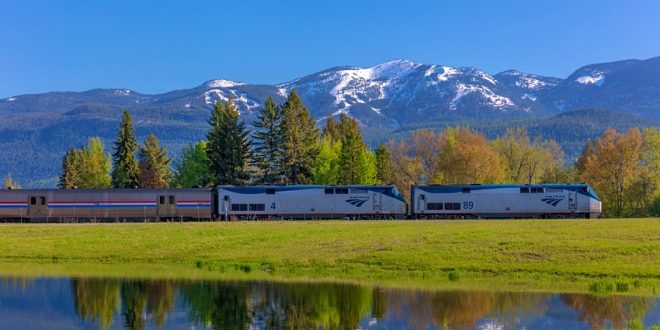 USA: Why you should take the train to Glacier National Park

The love affair with the motor car is a relatively recent phenomenon in the USA. One hundred years ago, wealthy tourists searching for an antidote to the stresses of city living traveled around primarily by train, courtesy of a rapidly expanding rail network.

The Empire Builder train is a surviving facet of this era, running from Chicago to the West Coast (and back again). Here’s everything you need to know about one of its most iconic routes – the trip to Glacier National Park. 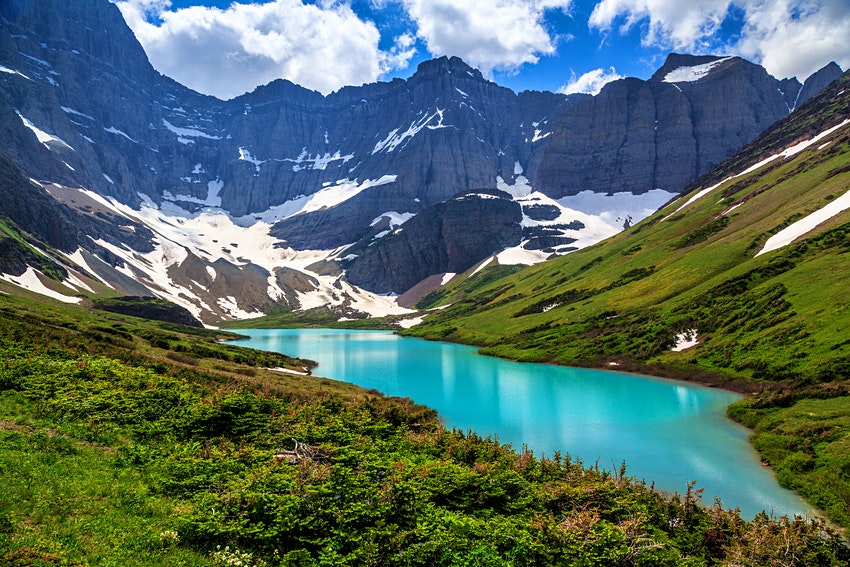 The great outdoors by train

Stretching from the Atlantic to the Pacific, the country’s multi-million dollar, cross-continental railroad system trail-blazed its way through spectacular scenery and subtly ignited a healthy interest in the “great outdoors.” One of its iconic stops was the 1489-sq-mile Glacier National Park in northwestern Montana.

Notoriously difficult to access at the time of its inception in 1910, Glacier owed much of its early success to the Great Northern Railway, a pioneering line conceived and constructed by industrialist James J Hill – aka the “Empire Builder” – in the 1890s. Hill envisaged the park’s rugged alpine scenery as a “Little Switzerland” and, understanding its value as a tourist destination, he authorized the construction of two historic train stations and a handful of rustic hotels on its southern perimeter. The gamble paid off. Glacier was quickly inundated with visitors whose vacation dollars went a long way to helping Hill pay back his hefty business loans in an era when most railroad companies were going bust.

Despite the subsequent rise of the motor car, Amtrak still runs a train service (named the Empire Builder in Hill’s honor) along the Great Northern’s original 2206-mile route between Chicago and Seattle, stopping at both East Glacier Park and West Glacier stations on the way. 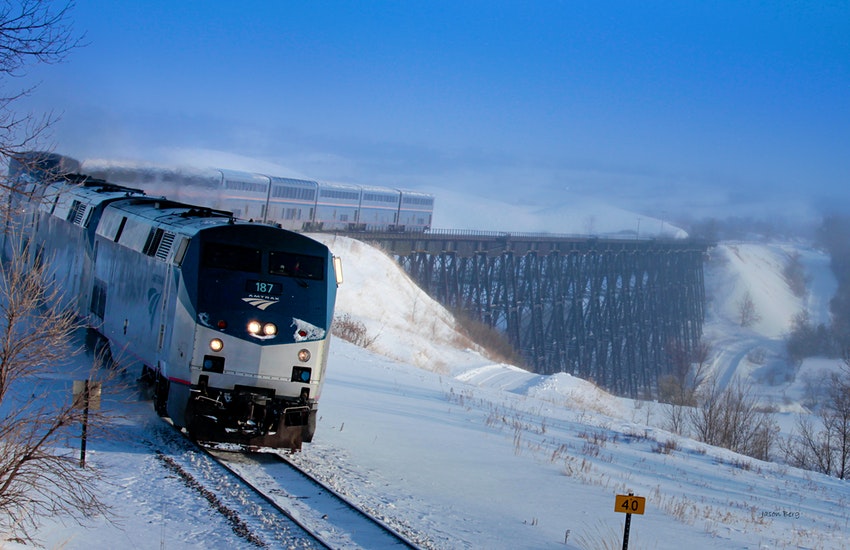 How much does the Empire Builder cost?

The 550-mile, 14.5-hour Empire Builder journey from Seattle to West Glacier costs less than $100 in a comfortable superliner seat, or around $250 for a private “roomette” that includes meals. From Chicago (31 hours), the prices are equally reasonable. Equipped with a restaurant car, reclining business class seats, sleeping compartments and a seemingly never-ending supply of magnificent scenery, the Empire Builder echoes the golden years of 19th-century train travel – but without the inflated prices. Instead, it has become one of America’s great travel bargains.

After a couple of days spent chugging through the landscapes of the Old West, the well-worn travel adage about the journey being as important as the destination starts to sound a lot less trite. 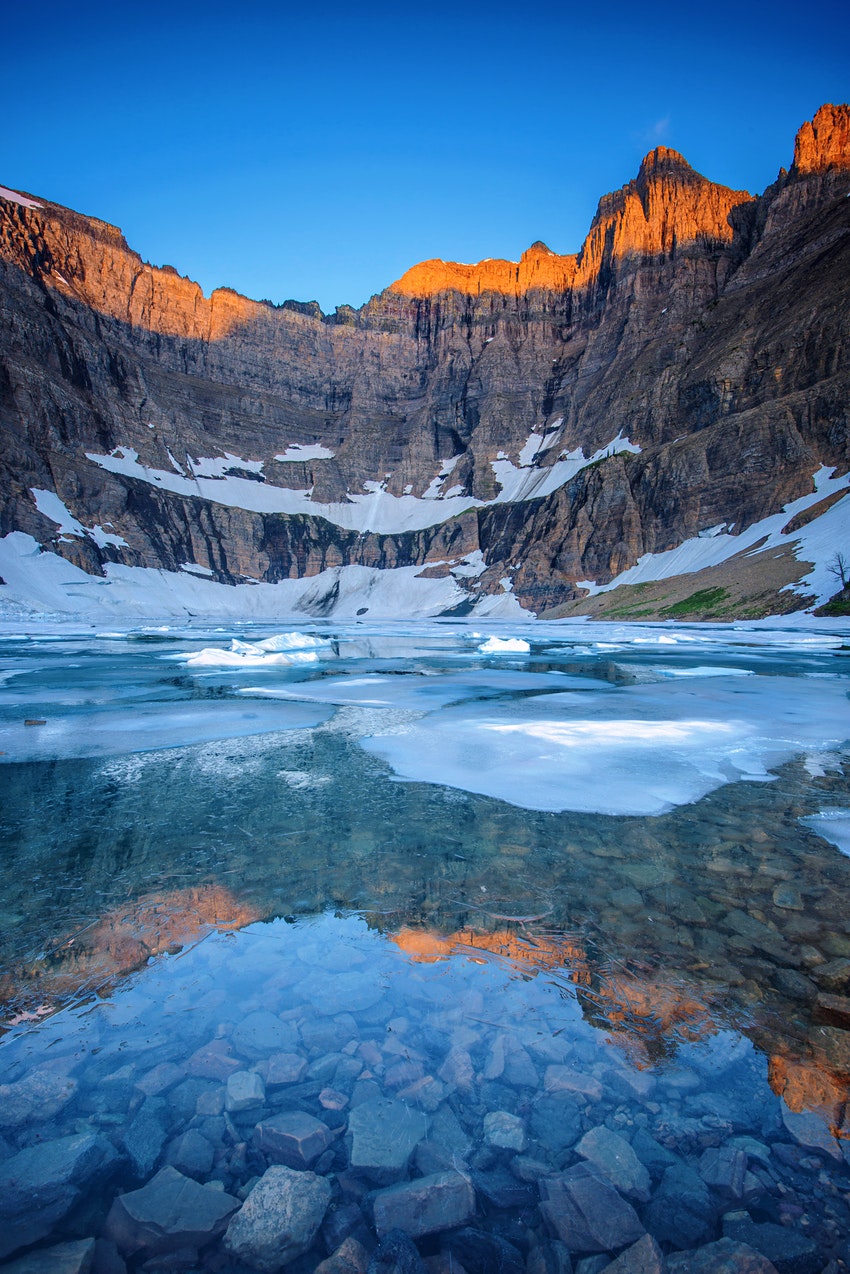 What to expect on the train to Glacier National Park

The trip from the west begins in Seattle at 4:40pm with a complimentary glass of champagne, sipped while you enjoy the watery vista of Puget Sound with the snowy volcanic dome of Mt Rainier winking in the background.

By dinner at 7pm you are crossing Washington State’s Cascade Mountains via the longest rail tunnel in the United States at almost 8 miles long, and by the time your purser has made up your bunk, you are in Idaho amid the Rockies. The panoramic observation car opens just in time to enjoy sunrise over the rugged peaks of western Montana as you tuck into a hearty breakfast.

Located at the park’s western entrance, historic West Glacier station has changed little since the days when train loads of pasty-faced city dwellers were met by horses to be transported to a handful of backcountry hotels and lodges.

How to get around Glacier National Park

By the 1930s, the horses had been replaced by cars with the completion of the aptly named Going-to-the-Sun Road, a heart-in-your-mouth roller coaster that climbs past cascading waterfalls and gaping cliffs up to the continental divide at 6646ft-high Logan Pass.

Plagued by increasing numbers of cars, maintenance on the Going-to-the-Sun Road had become a perennial headache by the 2000s. With the highway listed as a national historic landmark, road-widening was not an option. Instead, in the summer of 2007, Glacier’s park officials introduced a summer shuttle service between the nexus points of Apgar in the west and St Mary in the east, a 50-mile journey. Linking various campgrounds, trailheads, lodges and viewpoints, these super-efficient buses run visitors to 15 destinations along the park’s arterial road. If you have arrived by train in the summer season and are staying in a hotel in West Glacier, hiring a car is no longer a necessity for getting around. Space on the shuttles is limited, so journeys must be booked in advance.

Shuttle stops include the intentionally rustic Lake McDonald Lodge, dating from 1913; the park’s three main visitor centers; and enough trailheads to satisfy the appetite of the most steely-legged hiker.

See also  Where To Try Heli-skiing or boarding

But, most of all, the park and its shuttle buses allow access to hundreds of square miles of Eden-like wilderness, a vast backcountry replete with grizzly bears, bighorn sheep and sharp Gothic mountains. It is a landscape that remains virtually unaltered since the days when Blackfeet Native Americans roamed Glacier’s forest-filled slopes; remote, but comfortingly accessible thanks, in part, to James J Hill and his empire-building railway.